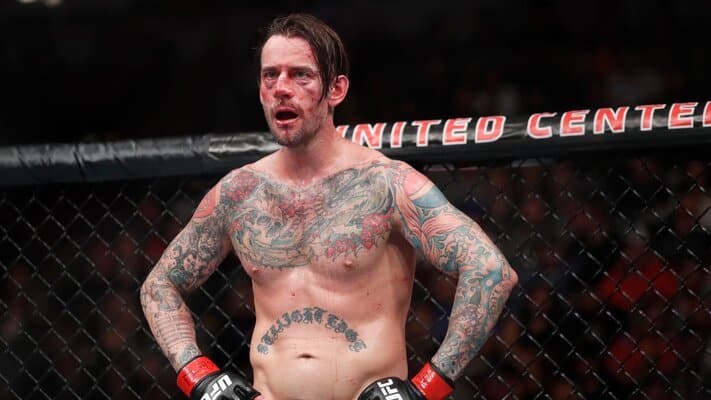 WWE star CM Punk made his pro MMA debut at UFC 203 back in 2016. Punks debut was shut down in the first round by Mickey Gall with a submission victory.

Two years later, CM Punk made his return to the octagon where he faced Mike Jackson at UFC 225. The outcome was very much no different, whilst CM Punk was able to go the distance with Jackson he was once again outperformed. Leaving CM Punks MMA record 2-0 with a disappointed White insisting that this would be the last time we would see Punk in the UFC.

CM Punks journey to triumph had been short lived.

Even though he managed to make it out of the first round and go the distance, White had still been left unimpressed.

“He got clipped a lot in that fight, it looked like he was hurt bad a couple of times.”

“I love the guy. He’s the nicest guy in the world. We gave him two shots. He had a lot of heart tonight, yeah, I think he should call it a wrap” (H/T BJPenn.com)

Since the loss at UFC 225, CM Punk has found his record updated. MMAJunkie confirmed through a Freedom of Information Act request and confirmation that Punks loss to Jackson had since been overturned.

According to the report from the Illinois Department of Financial and Professional Regulation, Jackson had tested positive for tetrahydrocannabinol, a chemical found in marijuana. It has been confirmed that Jackson had been penalized however the news of the result being overturned had only been confirmed recently.

“The official result of a full contact martial arts bout can be changed to a ‘No Contest’” if there is “an adverse post-bout disciplinary finding against a contestant”, Chris Slaby of the Department of Financial and Professional Regulation had told MMAJunkie this Wednesday.  “As detailed in the consent order provided, Mr. Jackson tested positive for tetrahydrocannabinol due to marijuana following the June 9, 2018 UFC event”. (H/T MMAJunkie)

Punk and Jackson have yet to fight in the UFC again. Whilst it is known that we may never see Punk fight again, Jackson had been scheduled to face Dean Barry this year, however that fight is yet to come to fruition.

Do you think this loss overturned will mean a potential return for CM?