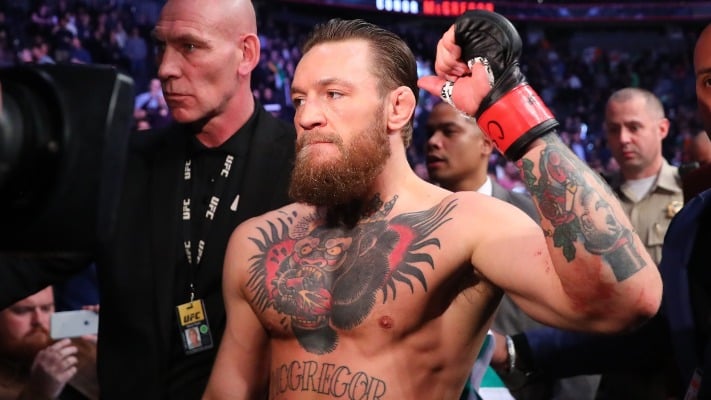 Former UFC two-division champion Conor McGregor is oozing with confidence ahead of his highly-anticipated trilogy bout with Dustin Poirier at UFC 264 this weekend in Las Vegas.

McGregor has had a history of rebounding from tough losses, ala the second Nate Diaz fight and his first fight back against Donald Cerrone following his loss to Khabib Nurmagomedov. At UFC 257 earlier this year, McGregor suffered a shocking knockout loss to Poirier during the UFC’s run of events in Abu Dhabi on Fight Island.

“He talks some amount lately which he will pay for; it’s not going to be nice,” McGregor said to Rolling Stone. “I’m going through my opponent on July 10th… I’m going to knock him out. Without question. I’m the most dangerous I’ve ever been, I’m the most focused I’ve ever been. And I’m going to take him out. He won’t have any way to deal with what I’m bringing on Saturday, and that’s it.”

“After I steamroll my opponent, I’ll decide what I want next.”

McGregor and Poirier have been going at it since their last bout, and have been exchanging words on social media and in the press through various interviews. The buildup to their second fight was relatively respectful and positive between the two sides but that seems to have fizzled out in recent weeks and months.

UFC president Dana White has said on multiple occasions that the winner of Poirier vs. McGregor 3 will be the next title challenger to lightweight champion Charles Oliveira’s belt. Poirier was expected to fight for the title next following his last knockout of McGregor, but he opted for the trilogy bout instead of an immediate title shot.

Oliveira is expected to attend the fight along with a full-capacity crowd at T-Mobile Arena. The event is the promotion’s fourth full-capacity pay-per-view since the reopening of states following the COVID-19 pandemic lockdowns.

What is your prediction for Dustin Poirier vs. Conor McGregor 3?