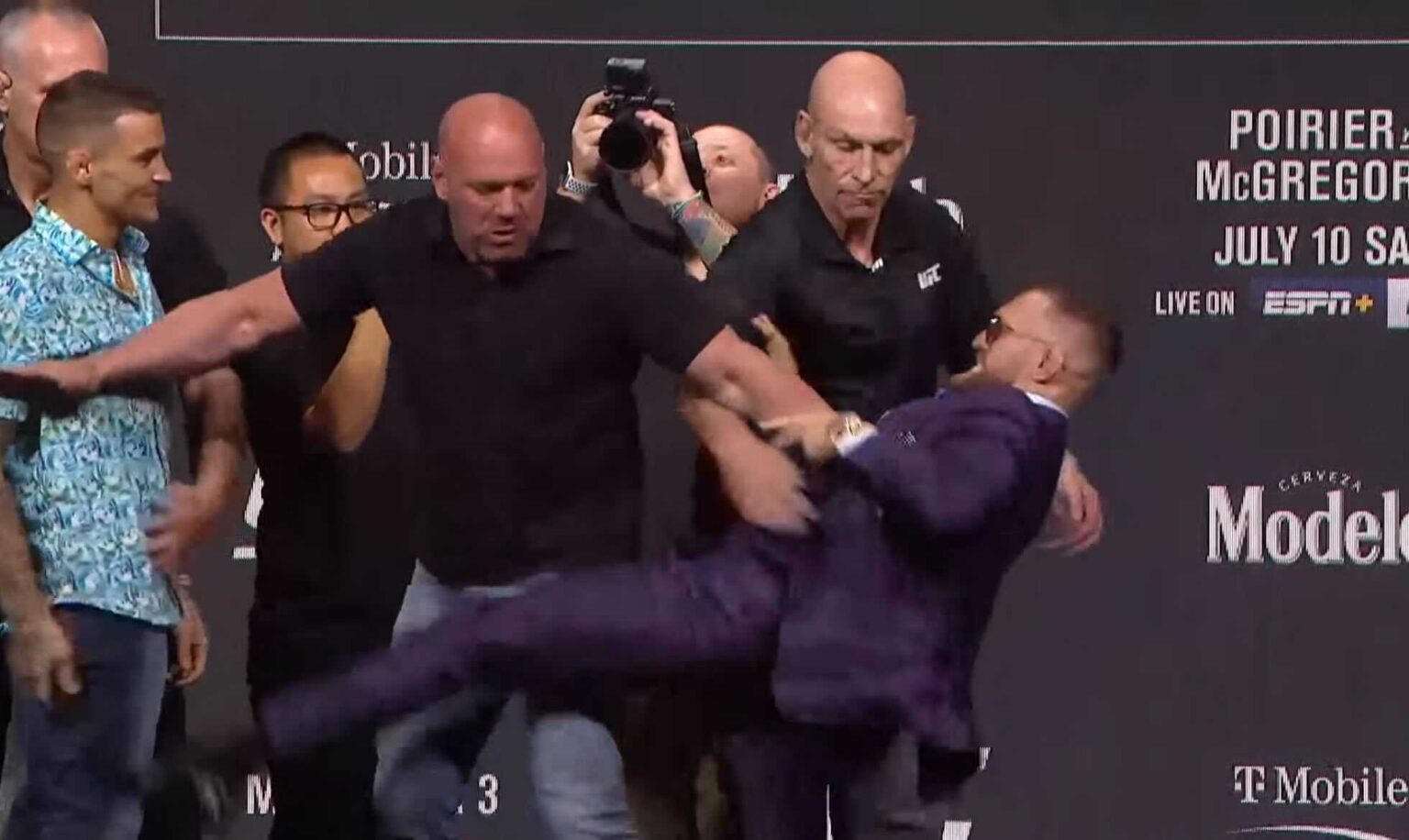 Conor McGregor and Dustin Poirier seemed to share a mutual respect for each other in and out of the octagon leading up to their last fight at UFC 257.

After McGregor threw a kick at Poirier during their faceoff six months later, it appears that the past positive energy between the two of them has worn thin.

Following a tense UFC 264 pre-fight press conference, McGregor and Poirier came face-to-face just 24 hours away from their ceremonial weigh-in in Las Vegas. Words were exchanged between the two, and McGregor pulled an old trick from his time facing off with Khabib Nurmagomedov by throwing a left low kick just as UFC president Dana White and security personnel intervened.

This came after about 20 minutes of the two UFC lightweights going back-and-forth with each other in an attempt to win the mental side of the buildup to the fight. Poirier mocked McGregor for poor trash talk compared to their first matchup back at UFC 178. McGregor at one point mocked Poirier’s relationship with his wife Jolie, and at one point started a “Jolie’s wife” chant.

Before the press conference, McGregor charged at Poirier and threw bottles of Poirier’s infamous hot sauce into the crowd. It was a chaotic affair at T-Mobile Arena just a few days out from arguably the biggest trilogy fight in UFC and MMA history.

Poirier and McGregor are now foes rather than friendly competitors, and it appears that energy will carry into the weekend in what should be one of the biggest pay-per-views of 2021.

What is your reaction to the UFC 264 pre-fight press conference?