Jake Paul Reacts To The UFC 264 Press Conference: ‘Conor Has Lost It’ 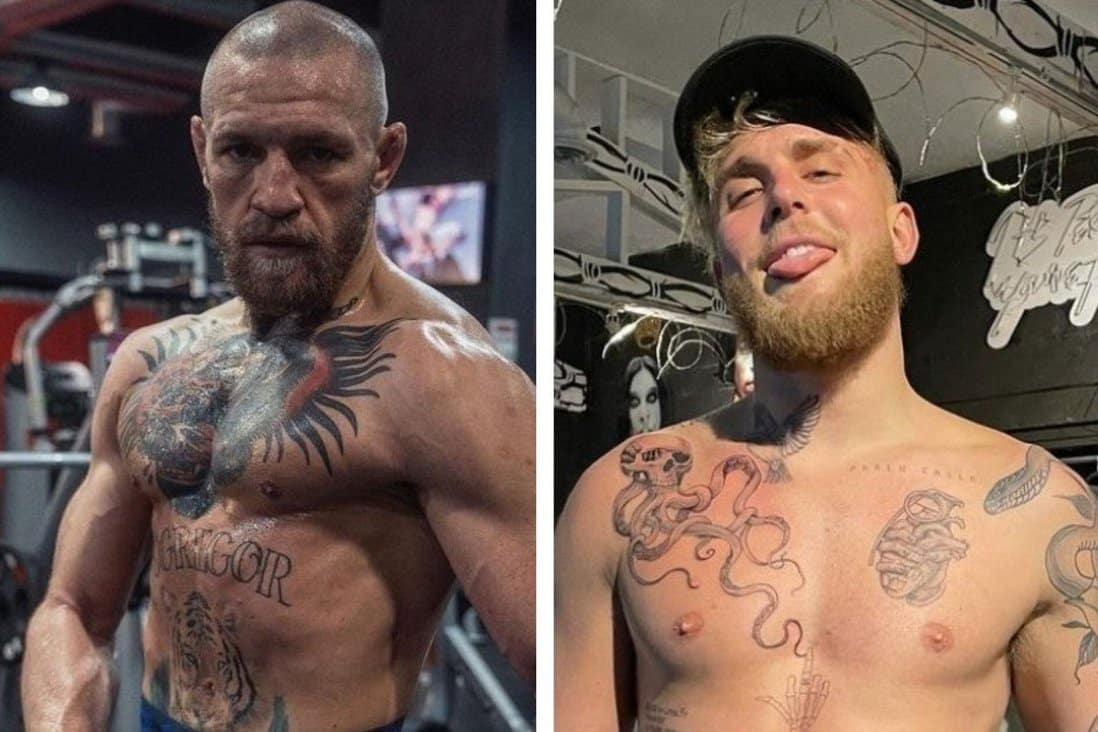 Following the heated presser that took place last night for the eagerly awaited UFC 264, YouTuber-turned-Boxer Jake Paul didn’t hold back on sharing his thoughts on and opinions on McGregor.

This Saturday, ‘Notorious’ Conor McGregor makes a return to the Octagon where he seeks to avenge his recent defeat to Dustin Poirier.

With the build-up of the press conference and the lack of coverage on McGregor this week, many fans were unsure as to what version of McGregor they would get. It is safe to say that after the Thursday night conference, many fans are divided on McGregor.

Even Poirier at one point, decided to not bite back at McGregor’s trash talk but rather pity him in.

‘You used to be better than this man,” Poirier said at the UFC 264 pr-fight press conference.

Following the UFC 264 press conference and face-off, Youtuber-turned-boxer Jake Paul didn’t hold back on his opinion on the Irishman.

“You can tell he has lost “it” He no longer speaks from a place of authenticity and you can tell he’s trying to convince himself of his own lies,” Paul wrote on social media. He takes offense to everything now. He’s bathing in his own insecurity’s. When we fight I will further expose him for the fraud he is”

Dustin Poirier shared a similar opinion of the Irishman, saying previously this week that Conor’s pre-fight comments reek of insecurity.

Now, this wouldn’t be the first time Paul has went after McGregor. Following the Irishman’s recent defeat to Poirier earlier this year, Paul took to Twitter to poke some fun.

The Irishman made his boxing debut back in 2017 where he faced Floyd Mayweather in a controversial and high-profile bout. Since then, McGregor has been insistent on getting a match with Manny Pacquiao organized for his second boxing match.

Jake Paul is currently 2-0 in his professional boxing career with one of those wins being over former ONE Championship and UFC fighter Ben Askren. Paul is currently set to face another former UFC champion Tyron Woodley, this August, where he aims to put on a “boxing clinic” for the world.

Both Paul and Woodley are both in the midst of their fight camp with Woodley being trained by Floyd Mayweather, who recently went the full eight-rounds in an exhibition match against Paul’s older brother Logan. Could this mean that Woodley will go into this fight with the upper hand?

Would the match-up between Jake Paul and Conor McGregor be one you’d like to see?