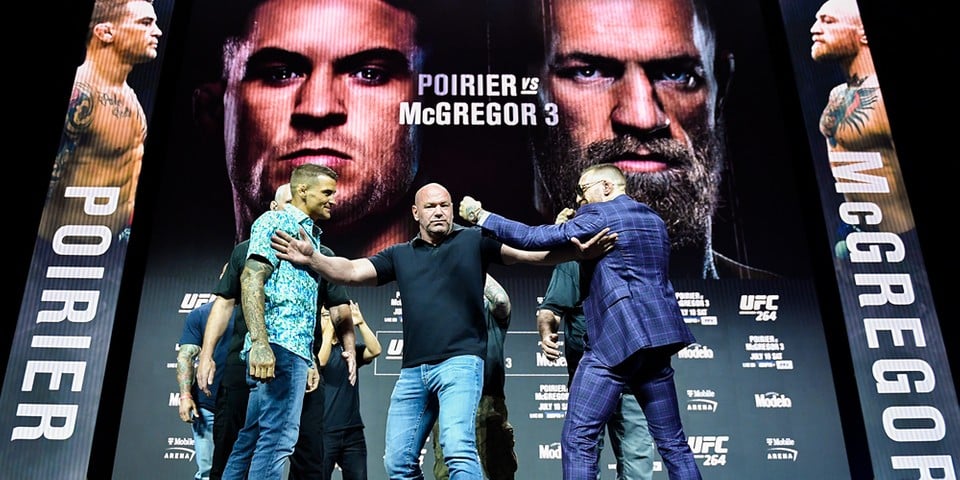 Conor McGregor and Dustin Poirier had their pre-fight press conference on Thursday ahead of their trilogy bout at UFC 264 in Las Vegas.

In what was an interesting 30-minute presser, both fighters laid claim to victory on Saturday night.

In a presser full of odd moments, arguably the weirdest one was an interviewer asking Conor about his one win since Barack Obama was president.

“You have one won fight since Barack Obama was President,” the interviewer said.

The bizarre interviewer went on to say, “This man [Poirier] sent you to a place where time doesn’t exist six months ago. We want to know why anyone should expect anything different on Saturday?”

“It’s one more fight I won than your little sissy ass!” McGregor yelled back. (Transcribed by MMA Mania)

It was an overall unique pre fight presser, one that was kind of expected in some way. This bizarre back and forth however, seemed to be a little much.

Do you think this reporter was out of line with his question to Conor McGregor?