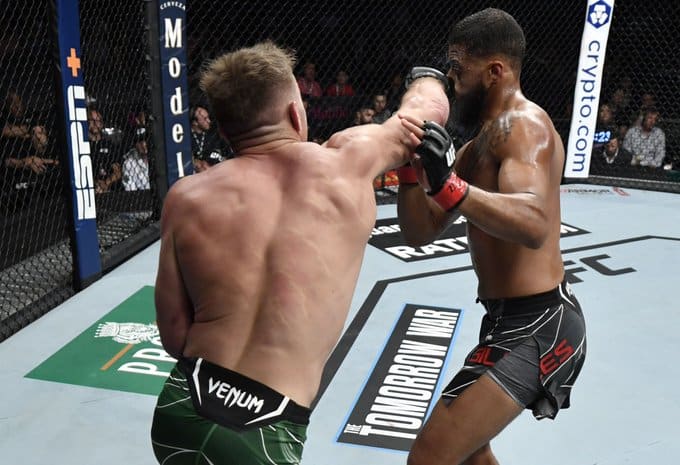 Du Plessis, who made his second Octagon walk tonight at UFC 264 to open up the preliminary portion of the card, debuted on ‘Fight Island’ back in October with a massive stoppage over Markus Perez.

The 16-2 kickboxing talent, is a former EFC champion and holds a victory over renowned striker, Roberto Soldic — sprang with a huge right hand from the fence in the second round, stopping Giles in his tracks and sending the San Antonio native to the Octagon canvas, before following up with a series of ground strikes.

Check out the highlights from Du Plessis’ finish over Giles, below.