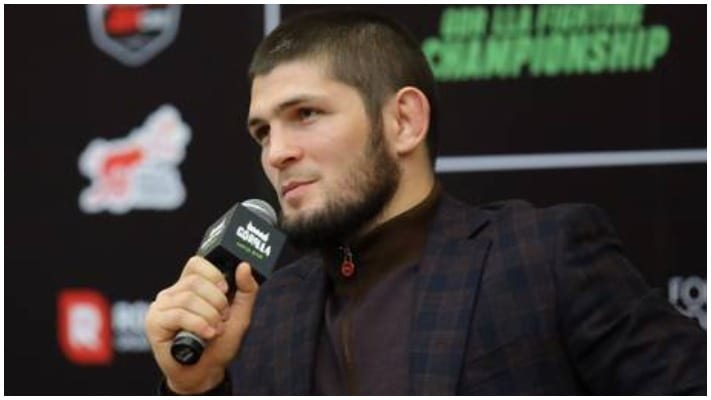 Khabib Nurmagomedov was one person keeping a close eye on the UFC 264 headliner.

Dustin Poirier won his trilogy with McGregor after earning a first-round TKO win on Saturday night when the latter was unable to continue due to a broken tibia.

Nurmagomedov, of course, notably faced both men, but undoubtedly has more respect for Poirier than he does his old rival in McGregor.

So it wasn’t a surprise to see the former lightweight king celebrate McGregor’s defeat right after while wishing Poirier well at the same time.

“Good always defeats evil. Very happy for @DustinPoirier I hope you will get the belt end of the year”

Nurmagomedov also mocked McGregor for his pre-fight comments of Poirier leaving on a stretcher backfiring on him.

“The way he said it,” Nurmagomedov responded to a post about McGregor leaving on a stretcher.

It will be interesting to see if McGregor finds the time to respond to Nurmagomedov with no love lost between the pair whatsoever.