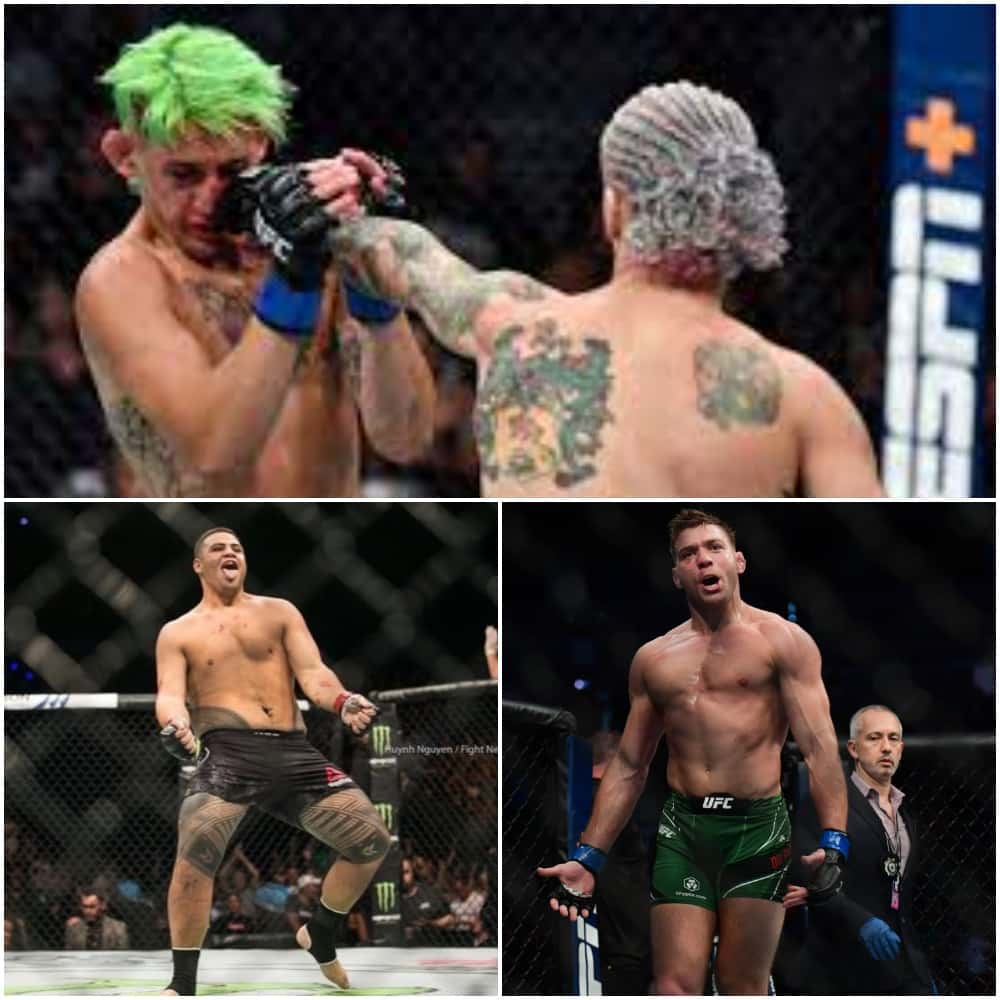 UFC 264 gave fans some spectacular fights and a very unexpected finish to the Conor Mcgregor and Dustin Poirier trilogy. After a great night of action at the T-Mobile Arena in Las Vegas, Nevada, four fighters walked away with UFC 264 bonuses worth $75,000 each – see who below.

Tai Tuivasa – Performance of the Night

Tai Tuivasa backed up his media day talk, finishing former Dallas Cowboy defensive end turned UFC heavyweight Greg Hardy. Tuivasa knocked Hardy out cold at 1:07 of the first round. The fan-favorite heavyweight improved his record to 7-4 and is now asking for a fighter in the top 15. Tuivasa should have received a second bonus for drinking multiple shooey’s after the win, including one in which a fan added some of Dustin Poirier’s hot sauce. Tuivassa earned a $75K bonus for the KO.

Kris Moutinho and Sean O’Malley – Fight of the Night

In the fight of the night, Sean O’Malley defeated late notice replacement Kris Moutinho. O’Malley secured a TKO with just 30 seconds remaining in the fight. But the real story is the amazing performance put on by Moutinho in his first UFC fight. The replacement fighter refused to allow O’Malley to get the easy victory. Moutinho pressed forward all 3 rounds until referee Herb Dean felt he had seen enough. Although O’Malley hit Moutinho with everything but the kitchen sink, the fighter stayed upright and attempting to return shots the entire fight. O’Malley joined the list of fighters with the most strikes landed in a fight with the performance. Both men earned a $75K bonus for their effort.

Dricus Du Plessis earned his performance bonus for his come from behind KO of Trevin Giles. The middleweight got off to a slow start. He was behind as the clock was winding down in the second round. Rocked by Giles, he fired back a bomb that would inevitably secure him the win and the $75K bonus.

Do you think the right people got the UFC 264 bonuses?