Conor McGregor Was Close to a Finish Before Injury 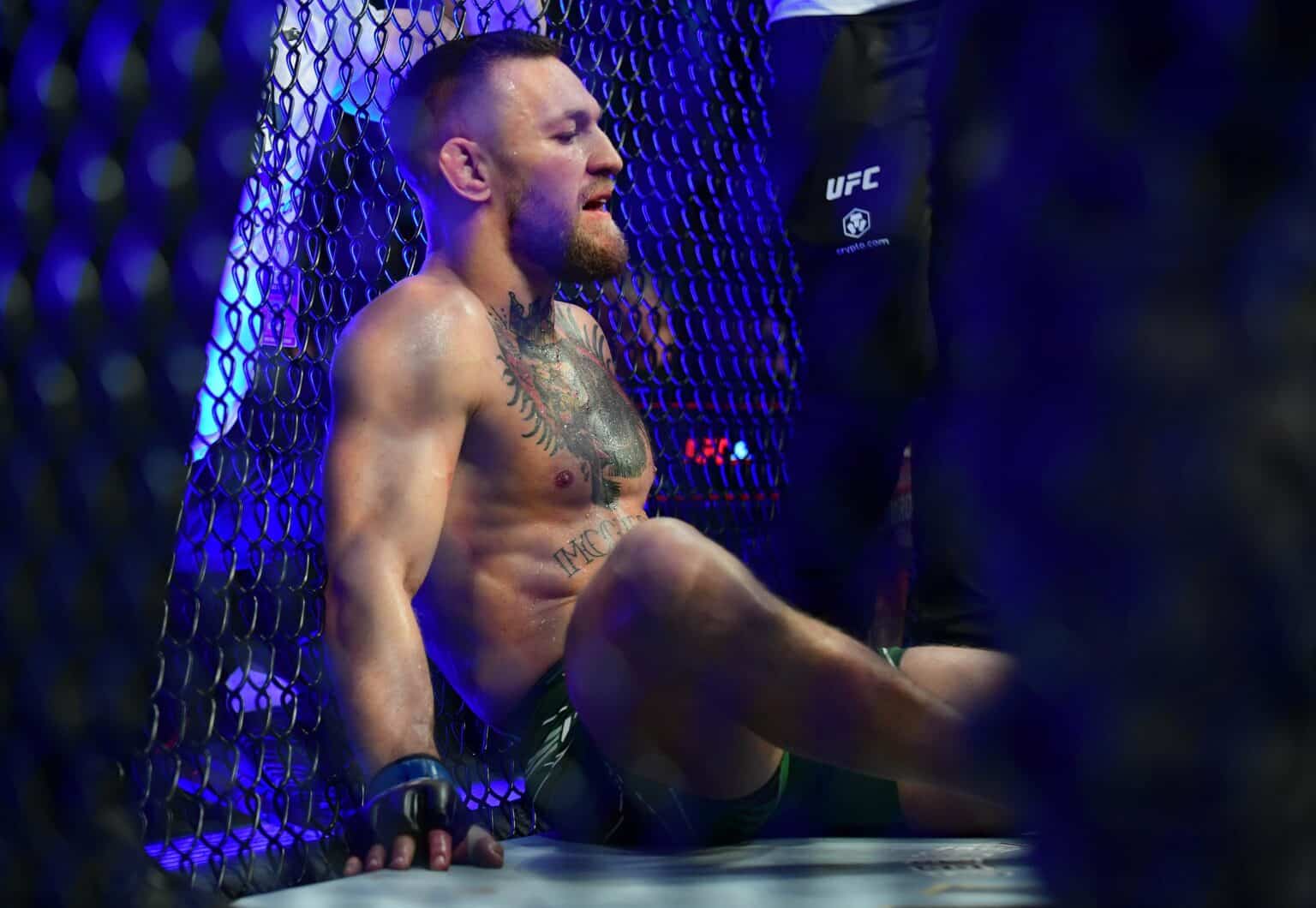 UFC lightweight Conor McGregor‘s longtime head coach John Kavanagh says that “The Notorious” was close to securing a finish at UFC 264 over Dustin Poirier had he not suffered a devastating lower tibia injury towards the end of the opening round.

The trilogy bout between McGregor and Poirier came to an abrupt halt after McGregor snapped his leg in the closing seconds of the first round in the main event. It’s still unclear what specifically caused the injury, as that has been debated since the fight; but his left leg did appear to collapse from underneath him following an elbow from Poirier as McGregor threw a kick.

In a recent interview with Wimp 2 Warrior’s Laura Sanko, Kavanagh explained why he felt that up until the injury, everything was going according to plan for McGregor.

“It was going fantastic,” Kavanagh said. “I thought (McGregor) looked really, really good in there. I wasn’t concerned at all. I was actually really, really happy. At the 4:30 mark or even the 4:45 mark (of Round 1), everything is gravy. I thought energy looked good, technique looked good. A few adjustments in between rounds, and I thought Round 2 we were well on track to getting a finish there, or keep the rhythm going for the rest of the fight.”

“Credit to Dustin. He won. It’s an unfulfilling end to the night. It doesn’t feel properly finished. No closure.”

Despite the unfortunate end to one of the most entertaining trilogies in UFC history, McGregor and Poirier both sound very interested in a rematch for the future. McGregor already began the promotion process during his UFC 264 post-fight interview, in which he furiously verbally attacked Poirier and his wife in the octagon following the bout.

Poirier will now challenge UFC lightweight champion Charles Oliveira later this year, and the UFC pay-per-view in December is the way-too-early target for the two to fight. UFC president Dana White also confirmed during his post-fight presser that Poirier vs. Oliveira is still the fight to make despite the controversial finish to the McGregor trilogy.

What did you think of Conor McGregor’s performance vs. Dustin Poirier before his injury at UFC 264?