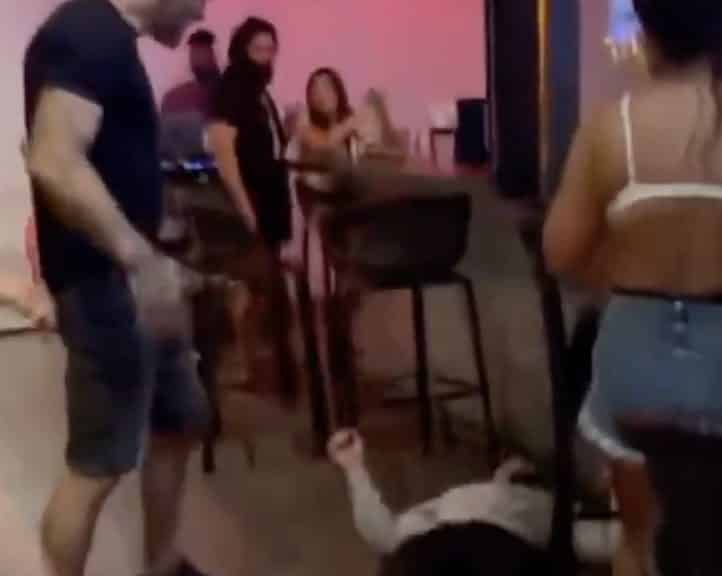 Police bodycam footage has been leaked which details moments after bar patron, Justin Balboa was involved in an alleged altercation with former Bellator MMA middleweight and GLORY kickboxing champion, Joe Schilling — following an altercation between the two late last month, in which Schilling appears to knock Balboa unconscious with several punches.

Footage emerged of Schilling, an alum of both Bellator MMA and GLORY kickboxing, appearing to walk past the patron, Balboa at a steakhouse in Fort Lauderdale, Florida, before turning around and punching the man twice as Balboa made a gesture toward him.

“Self defence is apparently now what this country is about anymore,” Schilling posted. “Don’t trip I got the video love you guys thanks for the concern and support during my life-threatening experience. Big shout out to @theyardmuaythai for preparing me for this life-threatening situation. #f*ckracists.“

In footage leaked and obtained by TMZ Sports — body cam video footage shows Balboa, who is wearing a shirt splattered with blood droplets detailing the incident to law enforcement officers who were responding to the call. Balboa, who had suffered a laceration on his lip denied medical attention and attempted to make out a description of Schilling.

“We were all having a good time and this guy just cracked me,” Schilling said to responding officers. “And then he chased me. He chased me down, bro. Like chased me down. Beat my ass, bro. He wanted to kill me. For no reason. ‘Cause he hates me.“

31-year-old patron, Balboa is reportedly attempting to press battery charges against Schilling and is also reportedly pursuing a civil lawsuit case against the 37-year-old former kickboxer.

In a statement released by Robert Solomon to TMZ Sports, the attorney explained how Schilling is lucky the public isn’t dealing with a manslaughter case.

“I can’t believe [Joe Schilling] thought it was okay to just haul off and crack somebody twice like that,” Solomon said. “He’s (Schilling) lucky we’re not dealing with a manslaughter case. The reality of it is, is this guy took this way too far.“