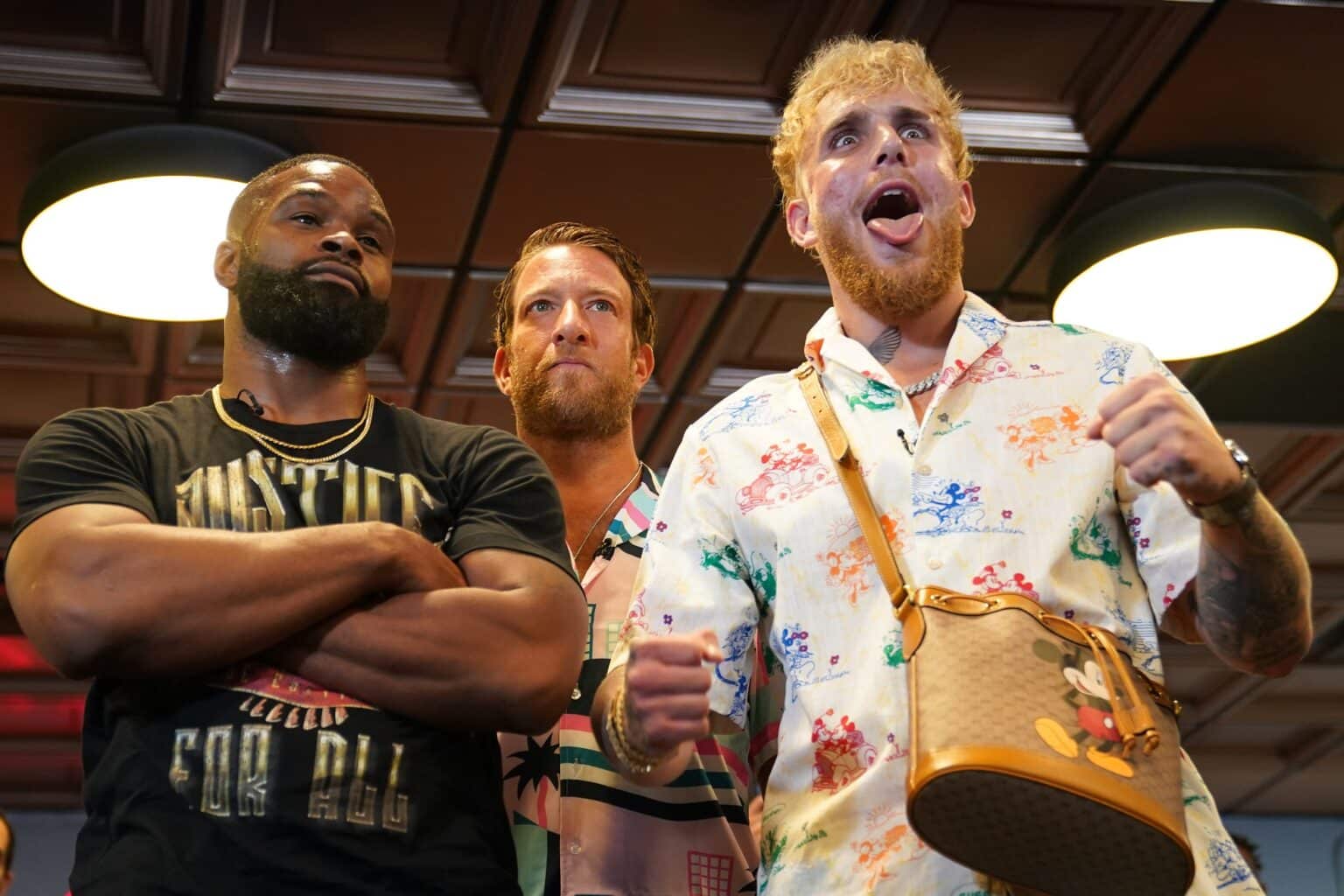 Jake Paul and Tyron Woodley are slated to fight in a boxing match next month, and the mind games have already begun after the two of them were in Los Angeles to hold a press conference ahead of their highly-anticipated bout.

Woodley will make his boxing debut after a long tenure in the UFC, which included his reign as the UFC welterweight champion before falling to Kamaru Usman at UFC 235. His loss to Usman would be his first of four straight losses on his way out of the UFC.

The social media star Paul has risen to stardom in the world of Boxing following his vicious knockout of former UFC standout Ben Askren earlier this year. He and Woodley squared off for a promotional face-off ahead of their August bout.

The two boxers got in each other’s faces a little over a month ago ahead of Jake’s brother, Logan fighting Floyd Mayweather down in Miami, FL.

Woodley and Paul have traded words on social media and in-person for months, ever since Paul knocked out Woodley’s teammate Askren in April. Before knocking out Askren, he dominated former NBA star Nate Robinson and fellow YouTuber AnEsonGib in a pair of finishes.

Paul also made an agreed to a bet with Woodley ahead of their bout. The loser of the boxing match has to get a loving message about the other tattooed on their body. The bout will take place at Rocket Mortgage Fieldhouse in Cleveland, OH., and will be a 190-pound matchup over eight rounds.

The MMA community has been loud and proud in their support of Woodley, as he attempts to get one in the win column in the recent Boxing vs. MMA rivalry. Paul and Woodley are sure to put on a show.

What is your early prediction for Jake Paul vs. Tyron Woodley next month?