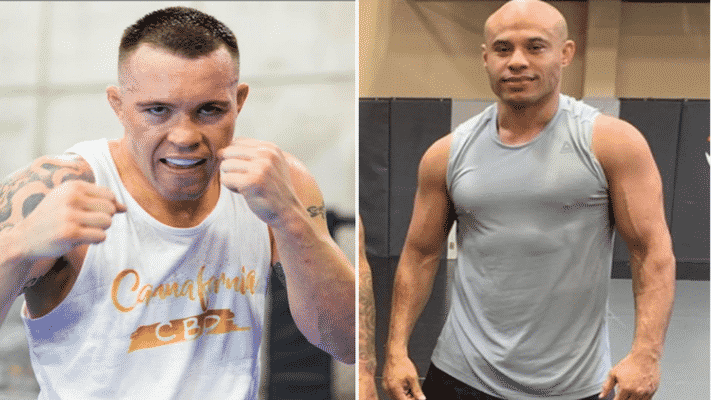 It is no news to most MMA fans that Colby Covington and Kamaru Usman both hate one another, whether that is down to personal dislikes or through their competitive rivalry, Covington and Usman just don’t get along.

Covington’s and Usman squared off at UFC 245 in December of 2019, the rivalry raged on despite ‘The Nigerian Nightmare’ scoring a fifth-round TKO victory and breaking Covington’s jaw.

For many fans, the fight had been extremely close with Covington ultimate testing Usman’s cardio and endurance as the bout went on. Even though Covington’s hand wasn’t raised, he still gave a stellar performance in which he should be proud of.

The fight had that much of a ferocious pace that even President Dana White had stated that the bout was one of his favourites of all time. White recently confirmed that Covington would indeed be next in line for the belt with Colby confirming to want the match-up also. However, even though Covington remains confident in his skillset and believes he will take the ‘W’ the second time around, Usman’s manager Ali Abdelaziz has a different impression.

The MMA manager and representative of Usman recently came out with a threatening message addressed to Covington saying that Colby is “gonna get what he asked for very violently.”

“That’s the fight,” Abdelaziz told MMA Junkie on Monday. “Listen, last time they fought, he broke his jaw. This fight, I hope he becomes blind or something bad happens to him because he’s a very bad guy. He’s on the same piece of sh*t level as Conor. They’re head to head. He’s a racist scumbag. I think he plays the race card, but I think he really is. He insults people’s religion, wife. You see him talking about Dustin – he said Dustin Poirier’s wife is a prop. How are you gonna say that? This is a guy he used to train with, sweat with, eat with. How are you gonna talk about him like that?

“We know what happened last time when we met him at the Palm, and he called the police on Werdum and myself. I think Dana White is right: This is the fight. He’s the promoter and at the end of the day, you want Colby Covington drinking out of a straw or not walking for a year or two years because he’s a decent fighter. He’s not a great fighter. He’s gonna be there hanging out, but I believe Usman will hurt him really, really badly.”

“Colby Covington is a dead man. He’s a dead man walking, the clock is ticking, and he’s gonna get what he asked for very violently. Kamaru Usman is not the same fighter. We’ve seen him improve every fight, and that’s it.”

Do you think Ali Abdelaziz is out of line for these comments about Colby Covington?