Alan Baudot Seeks ‘War’ On The Feet At UFC Vegas 31 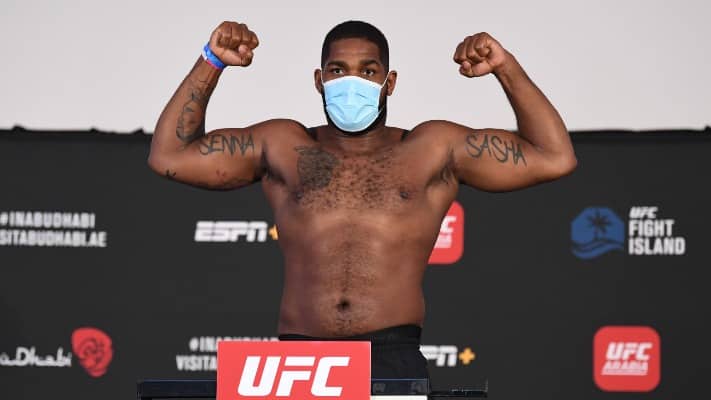 UFC heavyweight Alan Baudot didn’t exactly have a promotional debut for the ages back at UFC Fight Island 5, losing by knockout to Tom Aspinall just minutes into his first UFC fight.

But after nine months away from competition, Baudot is ready to remind the UFC why they were interested in signing him to their roster in the first place as he gets ready to face Rodrigo Ferreira at UFC Vegas 31 this weekend.

Baudot spoke with LowKickMMA about his upcoming fight and the environment at MMA Factory in Paris, France. He is a sparring partner of UFC interim heavyweight title challenger Ciryl Gane who gets ready to face Derrick Lewis at UFC 265 next month.

Baudot won’t be a part of Gane’s fight camp for the Lewis fight as he gets ready for his fight with Ferreira at UFC Vegas 31. Before his debut loss to Aspinall, Baudot enjoyed success on the international scene with a 7-1 record across multiple promotions. He intends to showcase his skills against Ferreira this weekend.

“It was a very good training camp, this is the best I’ve felt in my career,” Baudot told LowKickMMA. “He’s a great grappler, but I see it as a great opportunity as a striker to bring a good matchup to the UFC.”

Baudot has a knack for looking for the highlight finish in his fights and has garnered the attention of fans internationally for his aggressive approach in the cage. Seven of his eight career victories have come by way of knockout.

Baudot, Gane, and others have contributed to MMA’s rise in popularity in France, and more specifically in the major city of Paris. UFC heavyweight champion Francis Ngannou is one of the notable athletes to ever come out of France in recent memory and could face Gane for his next fight.

Baudot has the chance to emerge as a rising star in the UFC’s stacked heavyweight division, which will come down to his performance at UFC Vegas 31 against Ferreira.

“I have to keep the fight as a stand-up war, use my footwork and jab,” Baudot said. “I’m excited about the opportunity.”

Do you think Alan Baudot could be a potential dark horse in the UFC?