Over the decades we have been told time and again how the great Billy Conn was foolish to go for the knockout against Joe Louis in round 13 of their classic 1941 encounter for the heavyweight championship of the world. It is one of boxing’s most famous platitudes and it is rare to find a dissenting opinion. Some even called Billy’s decision to go for the kill downright stupid, an opinion given credence by Conn himself in his famous post-fight comment: “What’s the use of being Irish if you can’t be dumb?” 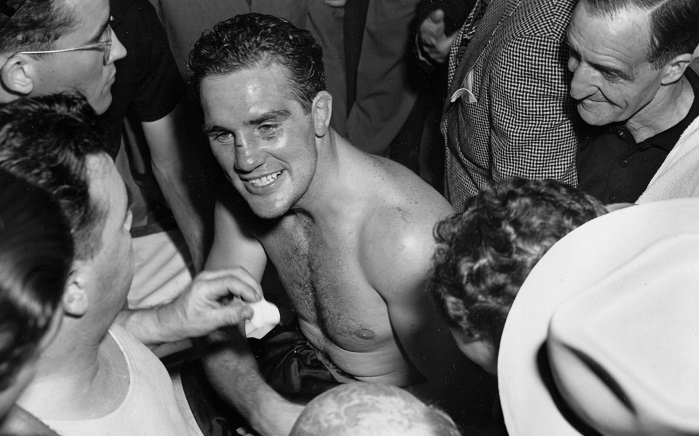 Conn in his dressing room after his heartbreaking defeat.

Billy Conn is without question one of the greatest light heavyweights who ever lived; pound-for-pound, he will forever be one of the most skilled and talented boxers of his time. But his achievements have been overshadowed by the legend of that first defeat to “Joltin’ Joe.” And the opinion that “The Pittsburgh Kid” made a severe error in judgment has been regurgitated so many times over the years that nobody even questions the logic of what they are expected to swallow, each generation taking it as the unassailable truth and the story of the fight.

Every sport has its risks. The results of taking these risks are what determine if history remembers it as a wise move or a foolish one. The first thing to judge must be risk versus reward and the evidence that was taken into consideration before accepting the challenge inherent in that risk. 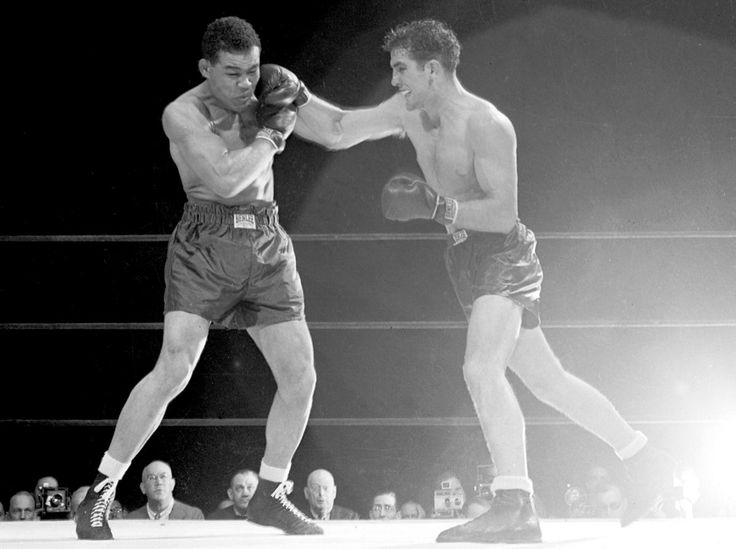 When Billy Conn went out for that fateful 13th round against “The Brown Bomber,” the facts and evidence were these:

1. He could hurt Louis and had badly staggered him.
2. Louis hadn’t been able to hurt him to any appreciable degree.
3. He was out-boxing and out-punching Louis, often beginning and always ending every exchange.

Was Louis still a danger to stop Billy? Of course he was. Joe was always a danger to stop anyone. And indeed the “smart” move would have been for Conn to keep out-boxing the champion until the final bell and be happy with winning the decision. But does that automatically make his decision to go for the kill “dumb”? 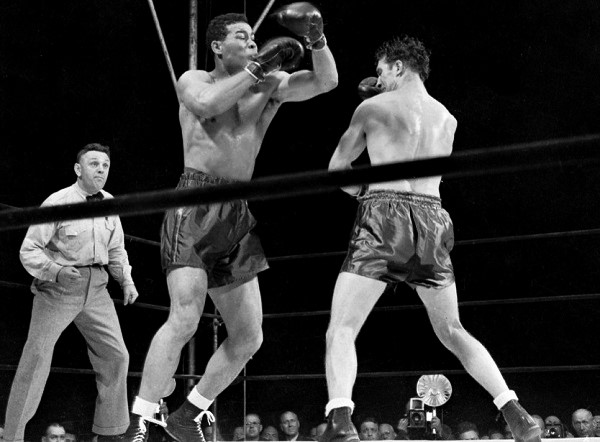 So close, yet so far: Billy rocks Joe with a left hook.

Again, not if the evidence of the moment is considered. And if Billy had succeeded in stopping Louis it is a certainty that historians would be talking about Conn’s brilliant game plan of softening Joe up for 12 stanzas before going for the kill in the championship rounds.

Here is something to consider: if Sonny Liston had done as most expected and knocked out Cassius Clay in their monumental 1964 bout, the press, after crowing happily that “The Lip” had finally been buttoned, would have doubtless taken turns lambasting Angelo Dundee for allowing his promising but still developing prospect to go in against the most destructive fighter on the planet. “What were they thinking?” they would have shouted. “He wasn’t ready!” 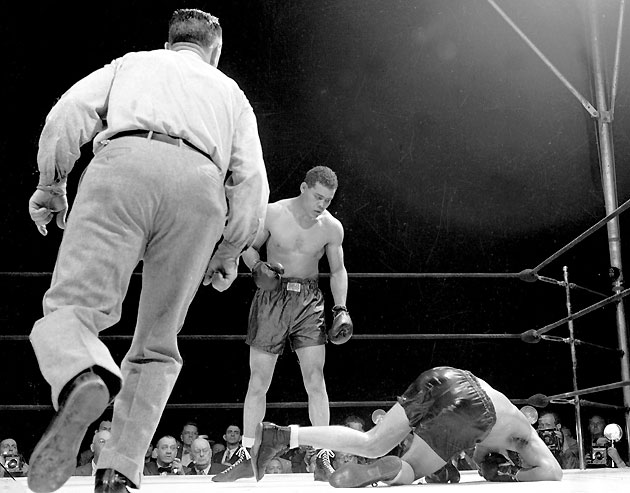 The clock strikes twelve in round thirteen.

Exhibits A through Z would have been his previous two bouts, the first against smallish Doug Jones, in which he struggled mightily and lost some luster, and the second versus Henry Cooper, in which he was dropped and badly hurt by Cooper’s left hook (which, they would have acerbically pointed out, was Liston’s best punch and thrown with much more destructive force from the 215 pound champion than by the 30 pounds lighter Cooper).

But Clay won the bout, so he, Dundee, and everyone involved were “brilliant” and knew what they were doing all along. Pass the cigars and sing praises to the stellar game plan. He would be given similar praise a decade later after seemingly tempting suicide with George Foreman by fighting off the ropes against the thunderous-punching champion, only to tire the big Texan out and stop him in eight. 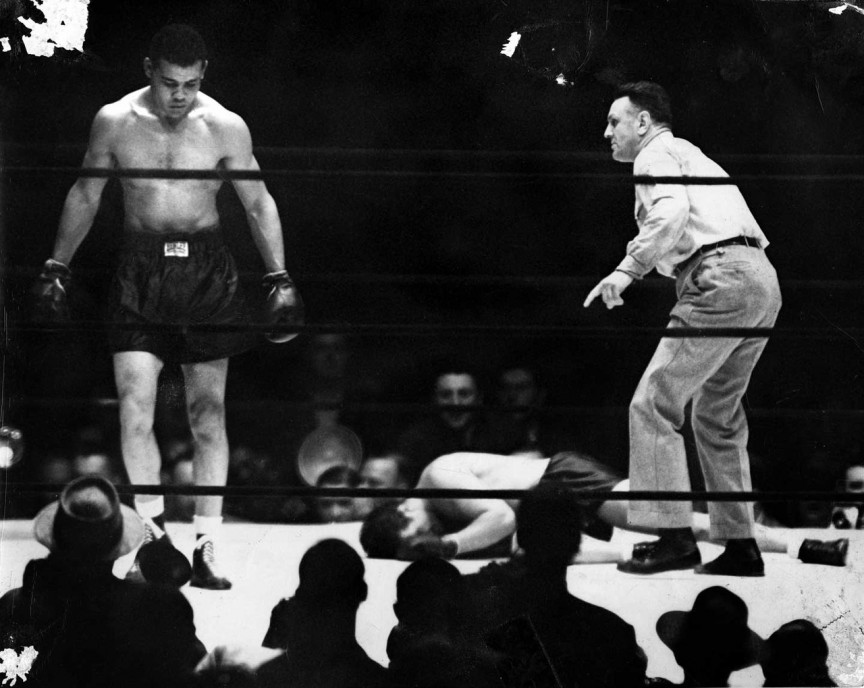 A relieved Louis turns to a neutral corner as Conn is counted out.

Is it not conceivable that we would be singing similar praises in the direction of Billy Conn’s legacy had his risk paid off and he won the heavyweight championship of the world on that legendary New York City night in 1941?

Going for the kill against a tiring and previously wounded Joe Louis who had yet to hurt you; a risky move? Of course. Every worthy achievement involves risk.