Ian Garry Announces He Has Signed For The UFC 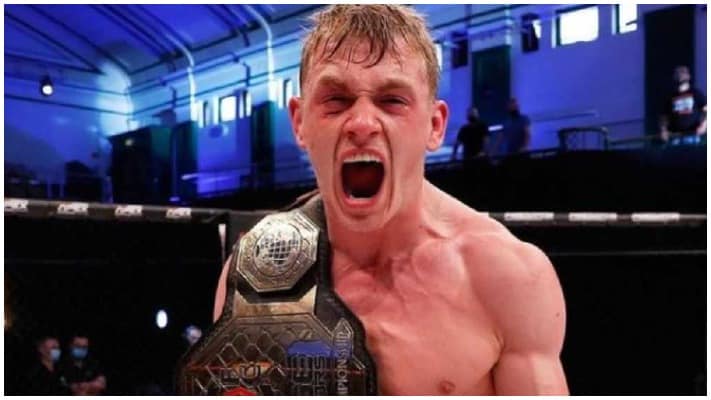 Ian Garry has become the 105th Cage Warriors fighter to transition to the UFC.

The 23-year-old has been one of the most exciting prospects in Europe for some time now. He made good on his potential last month when he dominated Jack Grant over five rounds to claim welterweight gold at CW 125.

Ahead of that bout, ‘The Future’ insisted he would be pursuing a UFC contract rather than defend his title in Cage Warriors.

“I want the Cage Warriors belt, and I want to sign for the UFC,” Garry said in an interview with LowKickMMA. “As long as the UFC are the main platform for MMA, with all the best fighters in the world there, that’s where I’m going to want to be and that’s where I’m going to want to win the belt. I want to be the best fighter. I want to be one of the greatest to ever do this and I’m only going to get to that level in the UFC. So, win this belt and then see what happens next.

On Friday, speculation about Garry signing with the UFC started to gather pace when it was revealed he had been added to the promotions rankings tool.

The Irishman confirmed his “inevitable” UFC move with a video post on social media later that evening – check it out.

Do you think Ian Garry has what it takes to become a UFC champion?