Prior to Micky Ward vs Emanuel Augustus, Fight of the Year laurels were typically reserved for higher profile battles than those headlining ESPN’s “Friday Night Fights” series. Performing for a twenty-sixth time on the show, veteran “Irish” Micky Ward neared the tail-end of a wildly entertaining career. Indeed, he and Augustus (then Emanuel Burton) boasted a combined record of 60-27-4, making the bout a fitting headliner in that it promised fireworks between two well-seasoned warriors, even if the match lacked real significance or impact on the divisional rankings. But then again, sometimes a fight is so intense and dramatic that the excitement quotient alone translates to genuine significance. Such was the case for Ward vs Augustus. 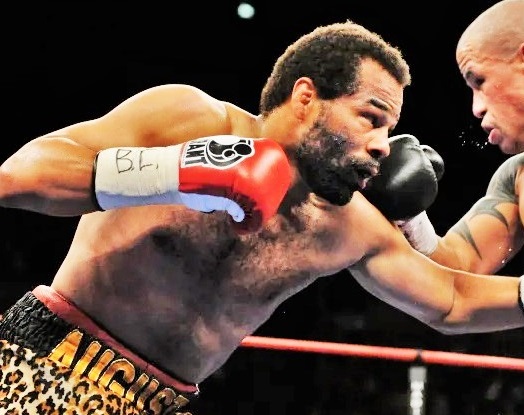 After all, records rarely tell the full story, especially in the case of these two game battlers, who gave boxing much more than mere entertainment when they clashed at the Casino Ballroom in New Hampshire. While it had taken the Lowell, Massachusetts-based Irishman more than a decade to make a name for himself, Ward had proven himself and won legions of fans with his startling liver shot KO of Alfonso Sanchez in 1997. Since then, Micky had pushed a young Zab Judah to the brink in what Zab later called his toughest fight, before scoring impressive knockouts over Shea Neary and Steve Quinonez. 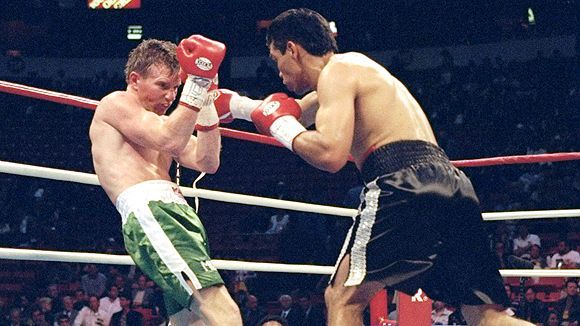 Few thought Ward could defeat Alfonso Sanchez but he stopped him in six.

Meanwhile, if Emanuel didn’t have a great deal to show on paper for his 24-17-4 run as a pro, he too knew how to entertain. A victim of neglectful management and poor matchmaking, Burton had been thrown in with the wolves during the nascent phases of his development and often made to take fights on extremely short notice. It wasn’t until he faced Floyd Mayweather Jr. that Augustus separated himself from the pack, drawing blood from “Pretty Boy” before coming up short in a war that Floyd would later call the toughest fight of his career. 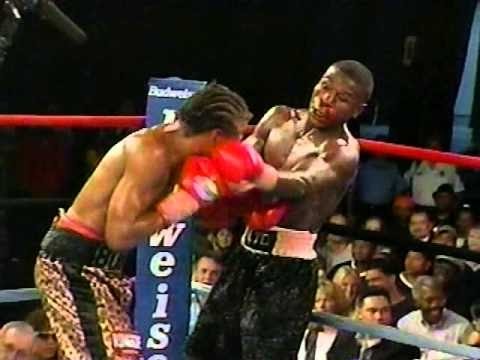 Floyd called the battle with Augustus his toughest hour.

Ward and Burton met in Hampton Beach, New Hampshire in a match-up that promised plenty of fireworks between two men with nothing to lose and everything to gain. And to further increase the chances of something action-packed erupting, the referee selected was none other than Steve Smoger, who had a solid reputation for taking a hands-off approach and letting pugilists freely mix it up.

Almost immediately, Ward brought the fight to Augustus, driving him to the corner and setting himself to unload a fearsome attack in an opening round that set the stage for what would be an unforgettable struggle. Augustus started the second in the center of the ring, landing the cleaner punches on Micky before Ward once again pinned his man against the ropes, smothering him with mean-spirited firepower. If Augustus was landing effectively off the ropes, he was also clearly fighting Micky’s fight, and despite how much fun Augustus looked to be having with his characteristic smiles and showboating, it didn’t appear Ward’s patented left hook to the liver was much of a laughing matter. 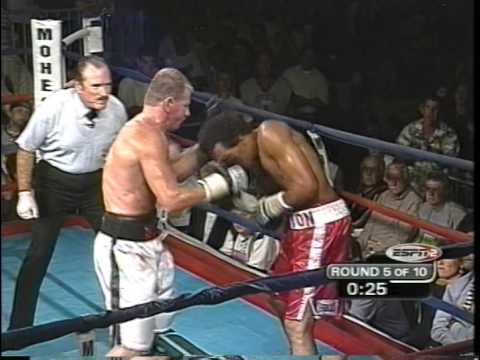 Ward and Augustus mix it up.

Emanuel started to get into a rhythm in the third, dancing and bouncing around Micky in what appeared to be a mildly successful attempt to get into Ward’s head. But Micky continued to do what he did best, and in the fourth it appeared the naturally more elusive Augustus was perfectly content to engage in a back-and-forth slugfest that was truly beautiful to behold.

“Anybody watching this fight at home, in between rounds call your friends up,” said ESPN commentator Teddy Atlas. “You’re seeing something that you don’t see too often.”

The zeal displayed in the seemingly perpetual exchanges just spoke for the level of professionalism and competitive nature of both warriors, who were generating some staggering CompuBox stats in the process. Throwing a combined average of over two hundred punches per round, the war showed no signs of abating in the fifth when Augustus appeared to hurt Micky with a series of shots thrown with his back to the ropes. 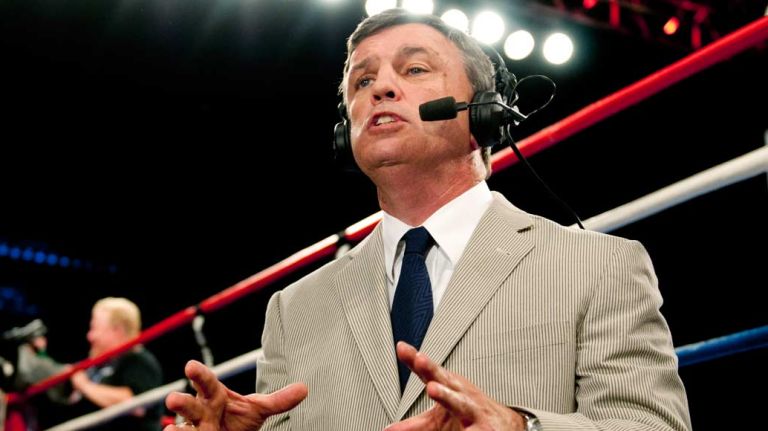 Atlas was in awe of what he was watching.

And while Ward rebounded in the sixth, Augustus absolutely teed off in the seventh, even giving Micky a taste of his own medicine with a left hook to the body that stopped “Irish” dead in his tracks. Ward fired back in the eighth, but Augustus looked like the fresher of the two as they fiercely exchanged down the stretch, neither giving an inch in close quarters.

But near the end of round nine, and just when the fight appeared to be slipping out of reach for Ward, the pride of Lowell, Massachusetts landed his money shot, a vicious left hook to the liver. Augustus, who had walked through scores of hellacious blows to this point, was finally driven to his knees. Ever the warrior, he beat Smoger’s count, and then, rather than try to survive for the remainder of the round, went right back at Micky, engaging in a dramatic if ill-advised slugfest against an emboldened Irishman who smelled blood. 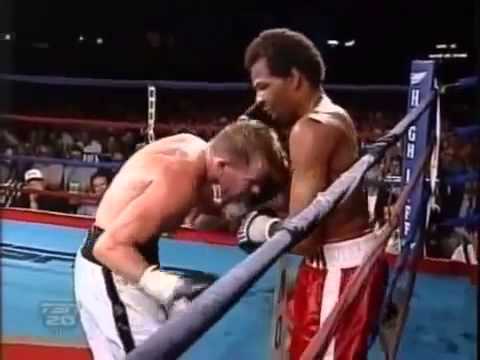 Going into round ten, Ward had thrown over a thousand punches, but if he had fired off more shots, Augustus had still landed 358 blows. The two had put up the numbers for a fast-paced twelve round war, and there was still one more stanza to go; naturally, they both emptied their gas tanks in a riveting conclusion to an amazing donnybrook, with a merciless barrage of leather from both sides.

With thirty seconds to go, Micky stepped back after taking a right upstairs and a left to the body and Augustus came after him. “The Drunken Master” scored with a powerful one-two but Ward fired back with a big left. They kept trading as the crowd roared and the final ten seconds were a wild scene. And as the bell rang, Smoger didn’t so much separate the two men as embrace them, clearly in awe of what he had just witnessed.

“Fight of the year!” screamed Atlas. And with Ward throwing 175 punches to Augustus’s 129 in that final round alone, it was hard to argue that Atlas was doing anything more than stating the obvious. And if the final decision for Ward was well-earned, unfortunately the official score cards did not reflect the true nature of the contest, one of them in Micky’s favour by an absurd eight point margin. Make no mistake, both men had performed to their utmost abilities in a highly competitive clash that was thirty minutes of non-stop carnage. 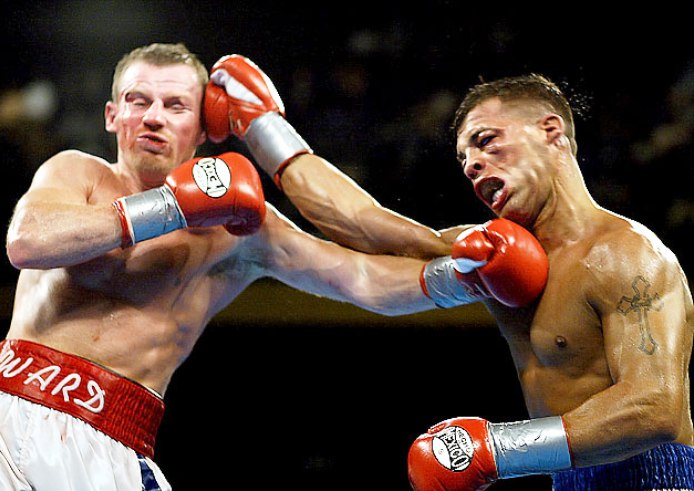 The victory over Burton paved the way for Ward’s great trilogy with Gatti.

A sixteen year veteran by the time he beat Augustus, it was hard to imagine Ward having much left on his odometer at this stage. But sure enough, a year later he commenced his “Fight of the Year”-laden trilogy with Arturo Gatti, giving fans thirty rounds of thrilling, rough-and-tumble combat. After that he finally sailed off into the sunset, ending his career with a stretch of amazing battles and, fortunately for him, some well-deserved big paydays.

As for Augustus, his tough luck continued to follow him until he finally hung them up for good in 2011. Retiring with one of the most deceiving records ever known to the sport of boxing at 38-34-6, Emanuel Augustus is just another example of why not to judge a book by its cover, especially inside the squared circle.              — Alden Chodash