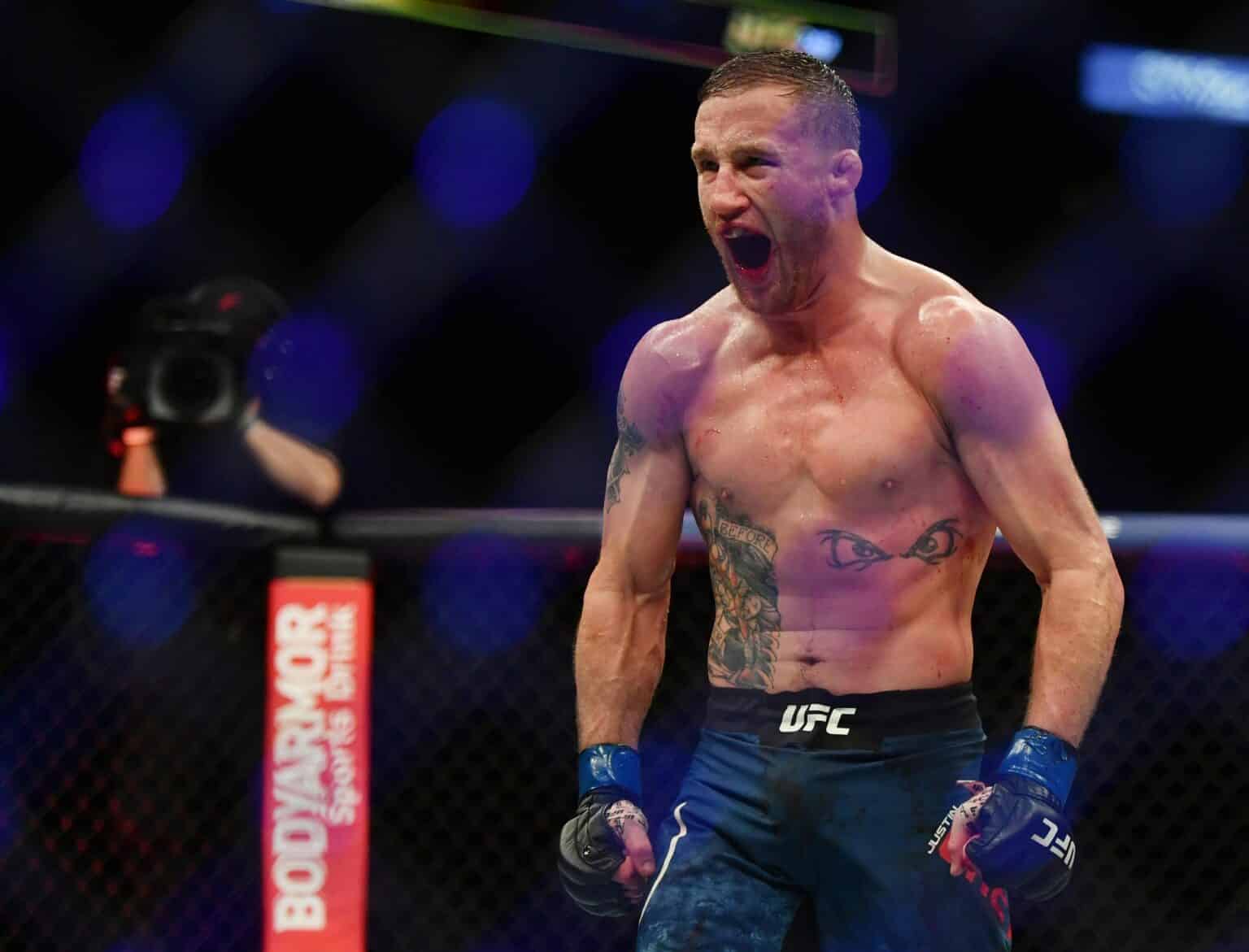 Justin Gaethje has been relatively dormant since losing to Khabib Nurmagomedov at UFC 254, but his manager Ali Abdelaziz thinks that he should be next in line for the UFC lightweight title shot against Charles Oliveira, and not the recently victorious Dustin Poirier.

Gaethje has been reportedly waiting for the right opponent since falling to Khabib by submission in the second round last October and has been rumored to be the UFC’s target for a fight with Michael Chandler later this year. Negotiations are still relatively tranquil and no official announcements have been made for Gaethje’s 2021 debut.

In a recent interview with MMA Junkie, Abdelaziz singled out his client, Gaethje when discussing who should be Oliveira’s first title defense as champion.

“I believe [Justin Gaethje] should be fighting [Charles Oliveira] next,” Abdelaziz said. “That’s what I believe. Dustin maybe needs to take a break, let these two guys handle (business). I know the UFC wants to make Chandler. On paper, it’s a great fight, but Mike Chandler doesn’t deserve anything. He needs to be quiet, sit down, and if Justin decides to fight him, he’ll let him know. But Mike Chandler doesn’t deserve anything.”

Chandler will make his broadcasting debut this weekend at UFC Vegas 31, while Poirier is fresh off his trilogy win over Conor McGregor at UFC 264. UFC president Dana White has tentatively said that Poirier and Oliveira will fight for the lightweight title later this year.

Gaethje fell to Poirier back in 2018 as “The Diamond” began to make his run through the UFC’s lightweight division. After that, he won four straight fights en route to the title shot which included an interim title win over Tony Ferguson at UFC 249.

The UFC lightweight title picture is perplexing, to say the least. Poirier will more than likely get the next shot, but you could definitely make the case for Gaethje given his fan-friendly style and popularity among the MMA community.

Who do you think Justin Gaethje should fight next?