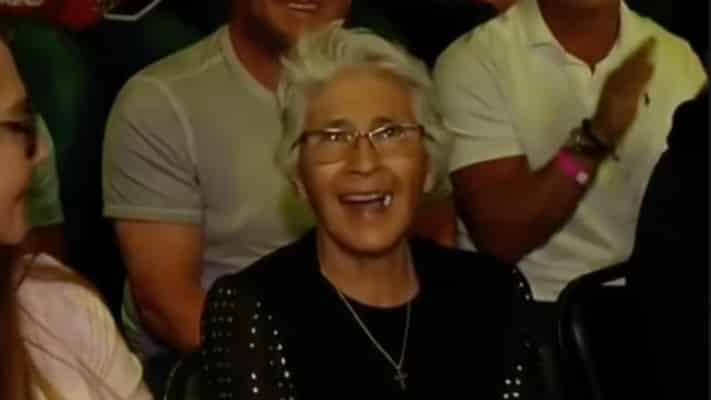 Nelly Gonzalez, the 66-year-old Khabib Nurmagomedov super fan, had a week to remember.

After going viral for standing outside the Apex in the Las Vegas heat to get a birthday photo with Nurmagomedov, she got to meet UFC president Dana White who personally got her a meeting with the former lightweight king.

In the end, she got her wish.

It didn’t stop there, however.

She also get an autograph from White while the UFC head honcho also granted another wish of hers — to be ringside for UFC Vegas 31 last night.

And to make things even better, Gonzalez even appeared on the broadcast with UFC commentator Michael Bisping shouting her out which you can watch below:

All in all, it was a great week for Gonzalez topped off by seeing a great night of fights including Nurmagomedov’s teammate and friend Islam Makhachev earning a dominant fourth-round submission win over Thiago Moises in the event headliner.