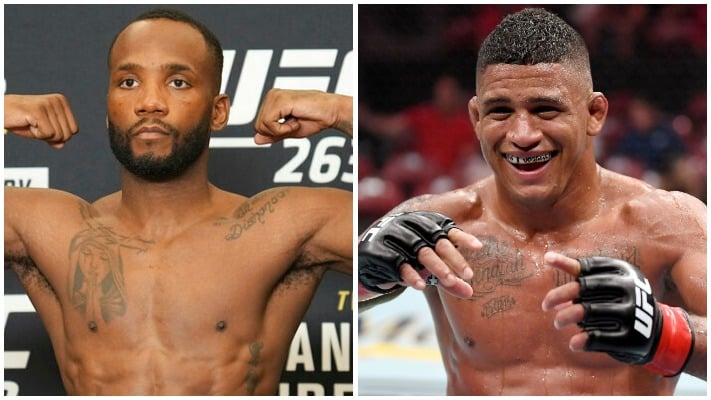 Gilbert Burns will fight anyone to get another title shot.

Burns returned to the win column with a unanimous decision victory over Stephen Thompson in the UFC 264 co-main event last week. While it was a win over a top-ranked welterweight, it wasn’t the most impressive performance either.

And if he wants to get another shot at Kamaru Usman’s welterweight title, Burns will have to rack up a few more wins, especially in impressive fashion.

So who does he want next? Whoever gets the Brazilian closer to the title. He’s even willing to fight Leon Edwards and Jorge Masvidal one after the other if that’s what it will take.

“I want the one to get me a clear way to the title,” Burns told TMZ (via Middle Easy). “If that’s Leon Edwards, that’s the one I want. If I need two more fights, give me Masvidal now, give me Leon Edwards later.

“I’m not going to lie to you — I want to fight everyone in the division. I still have a dream to battle against Colby, rematch with Kamaru, I want to beat Masvidal, Nate Diaz, Leon Edwards, I want to beat every single guy, especially a tough one in that division. So no preference. … And I do believe it’s against Leon or Jorge Masvidal. Between these two is my next fight.”

Of course, if Colby Covington — who is expected to fight for the title next — beats Usman, things could change for Burns. But for now, he needs another win at the very least to even think of staking a claim for a second title shot.

Who do you think Burns should fight next?