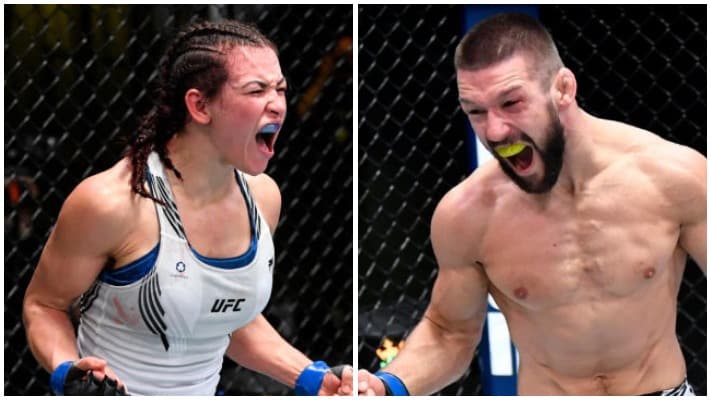 Gabriel Benitez and Billy Quarantillo put on a barn-burner of a show to earn an extra ,000 each for Fight of the Night Honours, whilst the returning Miesha Tate, Mateusz Gamrot Rodrigo Nascimento, and Rodolfo Vieira all received five-figure additions for finishing their respective fights.

Benitez and Quarantillo put on a back and forth, frantic featherweight display for the ages which saw each fighter score a knockdown over the other. Ultimately, Quarantillo was able to put Benitez away in the third round of the main card opener, his fourth win in five UFC outings.

However, it was arguably Miesha “Cupcake” Tate who stole the show, after victoriously returning to the Octagon with a third-round TKO finish over retiring Marion Reneau. She mixed her striking and wrestling flawlessly after a nearly five-year absence from the Octagon to win a well-deserved $50,000 bonus as well.

Do you think the right people got bonus money at UFC Vegas 31?