When Sugar Ray Leonard, without a doubt the biggest star in boxing, retired for the first (but not the last) time in 1982, his departure left behind a huge void, one not easily filled. Over the next few years, the foursome of Thomas Hearns, Roberto Duran, Wilfred Benitez and Marvin Hagler compensated for the loss of boxing’s biggest attraction with a series of high-profile matches. But in the meantime, the search was underway for someone new, for the next supremely talented, but also marketable, star to take Leonard’s place. Many thought he’d been found when in 1985 Donald Curry established himself as a dominant and undefeated welterweight champion of the world. 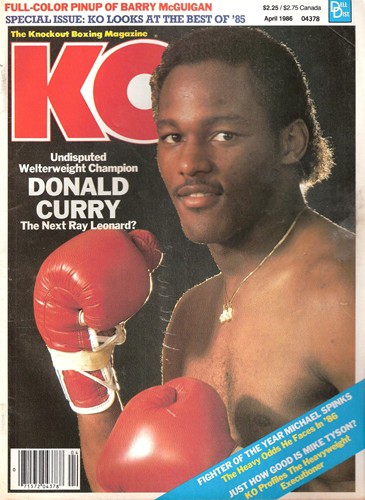 Donald Curry was riding high in 1985.

It’s easy to forget now that, for a time, Donald “The Cobra” Curry was widely viewed as Leonard’s natural successor, receiving as he did from many the appellation of the best boxer on the planet, pound-for-pound, superior even to Marvelous Marvin Hagler. Having vanquished the top fighters in the 147 pound division, including big wins over Roger Stafford, Marlon Starling, Colin Jones and Milton McCrory, he had become a fixture on national television and it appeared only a matter of time before huge superfights with Hearns or Hagler were realized. Thus, his stoppage defeat to Lloyd Honeyghan in 1986 was a major shock, one of the biggest upsets in boxing history. 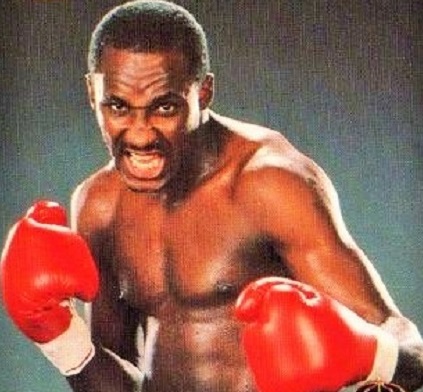 Meanwhile, Mike McCallum, aka “The Body Snatcher,” had quietly worked his way up through the 154 pound weight class, winning the vacant WBA title from Sean Mannion in 1984 and defending it several times, most notably with impressive wins over Julian Jackson and McCrory. But few, if any, were touting McCallum as one of the very best in the sport, pound-for-pound. The Jamaican was highly regarded by boxing insiders, but otherwise he was just another face in the crowd, another belt-holder who had yet to draw serious attention or arouse much excitement. That was about to change.

Following the loss to Honeyghan, Curry turned his back on both a rematch and the welterweights, moved up to the 154 pound class, and after a couple of tune-up wins, got a shot at McCallum’s title. McCallum vs Curry was an excellent match between top talents, and a perfect crossroads fight, with both men’s careers on the line. The winner would go on to bigger and better things; the loser would have to re-evaluate his career. The oddsmakers tabbed Curry as the two-to-one favorite. 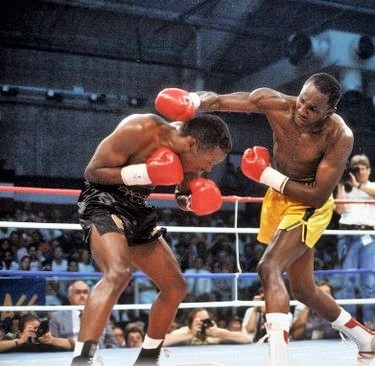 And, early on, it looked like “The Lone Star Cobra” had regained his form. Moving fluidly, throwing sharp, accurate punches, Curry controlled the action and landed the heavier blows. In particular, a cobra-quick right hand connected repeatedly in rounds two and three and put the champion on the defensive. After four rounds, despite a left eye that was swelling shut, Curry appeared in command. McCallum, while competitive, looked uncomfortable, bothered by Curry’s speed.

Then came the unexpected, and one of the best one-punch knockouts in boxing history, as a minute into round five, Curry made a fatal mistake. Having thrown an ineffective combination, he backed away, but with his hands down, perhaps anticipating a body punch, but definitely not expecting the champion’s counter left hook, thrown with such velocity the momentum actually lifted McCallum off his feet. The blow landed perfectly, flush on Curry’s jaw, and sent him flat on his back, down and out. 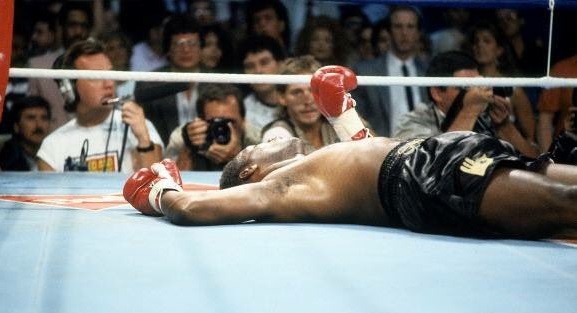 The crossroads confrontation was decided by a single punch and Curry would never be the same. Tough losses followed from Michael Nunn and Terry Norris, among others, before he finally retired. And that time when pundits and fans around the globe thought he was a sure bet to become an all-time great was quickly and conveniently forgotten.

Meanwhile, McCallum would go on to fight for another ten years, establishing himself as one of the best of all time. And it was most unfair, both to him and to boxing, that none of the so-called “Four Kings” had the guts to take him on. Likely the devastating left hand which knocked Donald Curry out cold had something to do with their trepidation.