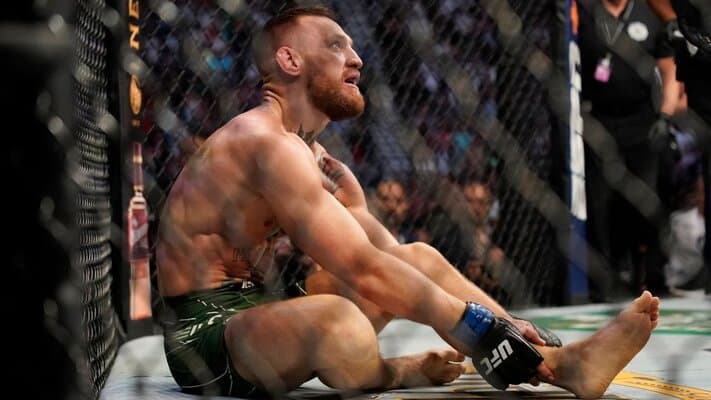 The Nevada State Athletic Commission (NSAC) had no idea about any pre-fight injury for Conor McGregor.

McGregor broke his tibia last week at UFC 264 which led to a first-round TKO defeat via doctor stoppage to Dustin Poirier. McGregor has since claimed that he had stress fractures going into the fight and that many people had knowledge about it as well.

“Everyone keeps asking me at what point did the leg break?” McGregor said. “Ask [UFC president] Dana White, ask the UFC, ask Dr [Jeffrey] Davidson, the head doctor of the UFC. They knew… I had stress fractures on my leg going into that cage. There was debate about pulling out because I was sparring with no shin pads and I kicked the knee a few times, so I had multiple stress fractures in the shin bone above the ankle.”

“I even did a lot of training sessions when the ankle was sore, I still wouldn’t stop training, I used to train on my back and that’s how I developed those ground and pound shots from the back.”

The Irishman would later post images of his ankles being taped up during training camp as further proof of his claim.

Of course, if this really was the case, it’s not a good look for the NSAC who not only didn’t detect such an injury, but sanctioned McGregor to fight in Las Vegas.

That is why they have since claimed no knowledge of any such injury.

“If we ever knowingly had information a fighter wasn’t fit to fight, we wouldn’t let them compete,” NSAC executive director Bob Bennett said. “It would go to a doctor, and a doctor would make that decision as the expert.”

It would seem pretty hard to miss out and given that other doctors have also doubted McGregor’s claims, it’s fair to say we can dismiss it entirely.