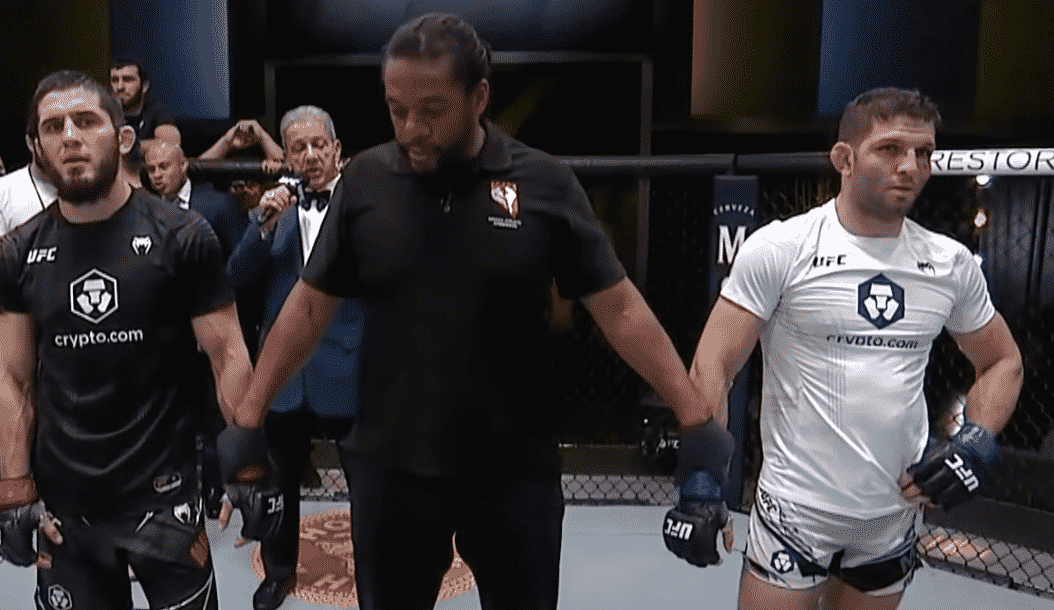 Thiago Moises is down but not out following his defeat last night.

Moises took on Islam Makhachev in the UFC Vegas 31 headliner in what was undoubtedly the biggest fight of his career. While he did have some moments and even managed to get Makhachev down, the Brazilian was largely outclassed throughout the contest.

In the end, Makhachev was able to sink in the rear naked choke and get the fourth-round submission victory.

While it was a blow which ended the three-fight winning streak of Moises, he is still only 26 years of age and has plenty of time to grow even more.

He released a statement soon after the fight as he praised Makhachev and promised to come back stronger.

“Thank you all SO much for the incredible support. I’m proof we could put on a show for you tonight.
Islam is an amazing fighter, and he was the best guy tonight. No excuses, we keep improving. I’m only 26 years old, I have a lot of time to be in my prime, but fighting is in my blood and I won’t stop.
I’m still a winner because I have a great family, a great team, great fans 🇧🇷🇺🇸 and I’m able to do what I love.

I’m the prove that: if you work hard and follow your dreams, everything is possible. Thank you UFC, I’ll see you all soon!”

Given his showing against Makhachev, even in defeat, Moises is likely to have gained some fans and it will be interesting to see what’s next for him.

What did you make of the performance of Moises? Who should he face next?