Chelsea should pay up to swerve Haaland scramble

Chelsea have almost a free run at a player who could have a genuinely transformative effect in Erling Haaland. They should get serious and find the money…

In football, as in life, very little is certain. There are some guarantees: death, taxes and Erling Haaland will score goals.

As it stands, the Norwegian goalbot will be banging them in for Borussia Dortmund again next season, while the vultures circle over the Westfalenstadion. It was expected that Haaland would be on the move this summer, but it seems everyone bar Chelsea has opted to play the long game.

That is because, in a year, Haaland will be available for around £68million, a price determined by a clause in his current contract. For a player of his incredible quality, it is a veritable steal.

Dortmund agreed to Mino Raiola’s terms when they drew up that contract last year which, in hindsight, seems a miscalculation. But even they must be stunned at his impact since joining from RB Leipzig a season and a half ago.

Since then, Haaland has netted 57 goals in 59 appearances. Six of those games he started on the bench. Chuck in 15 assists and Haaland can claim to have been directly involved in a goal every 67 minutes since he moved to Dortmund.

With 53 of those goal involvements coming last season, Haaland was out-performed only by Robert Lewandowski. He matched Kylian Mbappe‘s contribution for PSG and outperformed Lionel Messi and Harry Kane.

There has been speculation over all of those goal-getters this summer; but Haaland is 21 today. Which itself makes him a more attractive proposition than at least three of his contemporaries.

Yet everyone seems willing to wait. With Covid having depleted the resources of even the game’s great powerhouses, most clubs appear to be taking a calculated risk by waiting a year to enter the Haaland raffle.

Everyone aside from Chelsea. Thomas Tuchel loves Haaland, apparently, and Roman Abramovich shares the sentiment.

Just imagine Haaland in Tuchel’s Chelsea XI. Rarely does the chance come along to sign a transformative player, one who would instantly turn a club from a contender to a favourite with the stroke of a pen. Haaland provides one of those rare opportunities.

Chelsea appear to recognise that their time is now, since they are the only club not currently sat on their hands. Now they stand at the front of a short queue. Next season, most likely, they would be trampled in the stampede.

That being true, it is time for Chelsea to get serious. Their first offer was reportedly made up of cash and deadwood, with Tammy Abraham offered to Dortmund in part-exchange.

Tuchel’s views on Abraham will have made that a tough sell for Marina Granovskaia when she attempted to prise Haaland away from her Dortmund counterparts who, quite reasonably, would prefer to take cash only to invest in a replacement of their choosing, for which history suggests they have a well-trained eye.

If Chelsea are serious – and reports suggest they are and they absolutely should be – then Abramovich really should find the money.

Dortmund’s public stance is that Haaland is not for sale but privately, there is a number. There is always a number. And it is somewhere close to double what they will rake in should he remain there for another year. 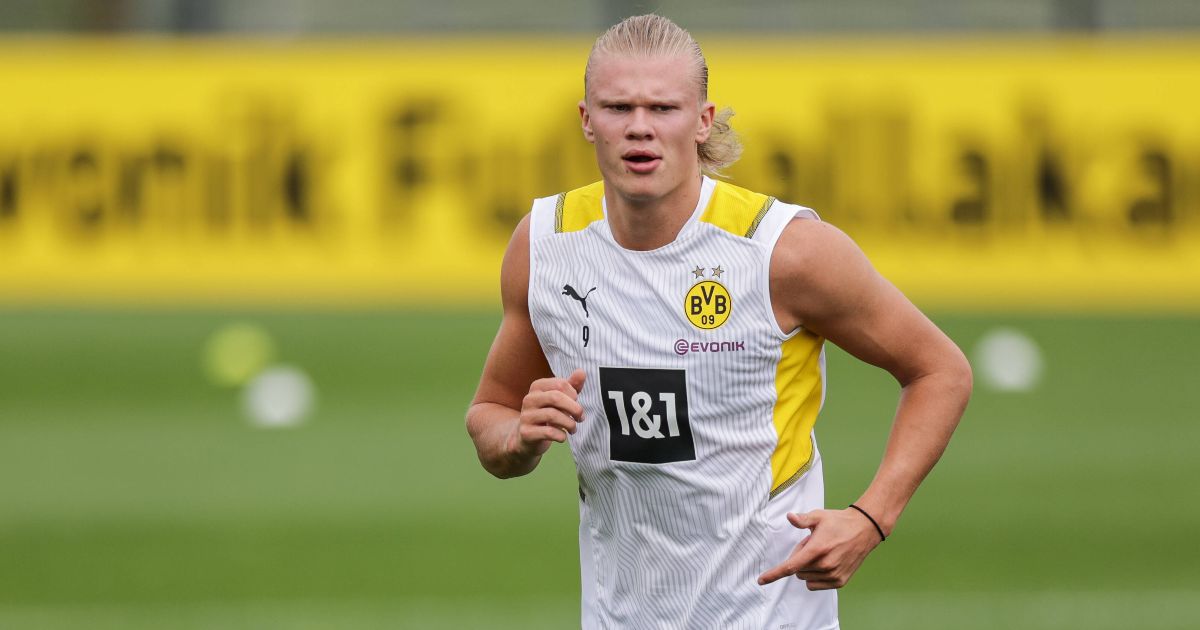 Their reluctance is understandable given they have already sold Jadon Sancho. Well, we assume they have, his medical was over a week ago but still we wait…

Perhaps Dortmund see Haaland as essential to retaining their Champions League place for another season, which could be in jeopardy without the output of both Sancho and Haaland. But replacing the striker will be easier this summer with more money to find a solution. And they remain a frugal club. Sancho’s sale should approximately cover the €80-90million losses predicted by Michael Zorc earlier this year. But keeping a player for a season longer at a similar cost is surely not feasible.

If Chelsea need motivation beyond a torrent of goals to find the funds to satisfy Dortmund this summer, it might be found in Haaland’s sell-on value. You can bet Raiola is already thinking another move ahead.

Chelsea signed Eden Hazard at the same age as Haaland, and though the outlay was nowhere near as sobering, the path could be similar. And Chelsea should feel no shame about presenting themselves as a stepping stone for Haaland rather than the final destination.

The striker could spend five goal-laden years at Chelsea – Hazard was there for seven – and expect to at least get their money back from one of Europe’s biggest boys. By then, Real and Barcelona might not be on the bones of their arse.

It is for that reason that Chelsea have this opportunity. It is Abramovich’s call as to whether they can afford to miss it.