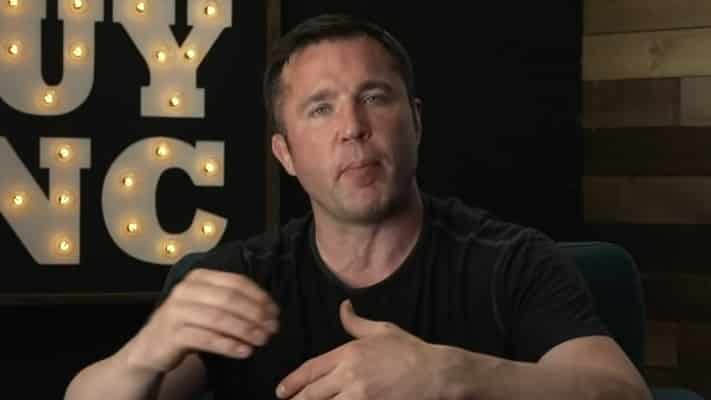 MMA commentator and former UFC star Chael Sonnen recently gave an insight into his use of EPO in light of former bantamweight champion T.J. Dillashaw’s return from a two-year suspension this weekend that stemmed from his use of the drug.

Sonnen is widely regarded as one of the best promoters in the history of the UFC, and combat sports in general. His brash personality combined with his forward-focused fighting style garnered the attention of fans and critics from all over the world. His career in the UFC came to an end after the former middleweight title contender tested positive for performance-enhancing drugs on three separate occasions during the end of his tenure.

Dillashaw was suspended for two years by USADA for testing positive for an EPO following his flyweight title loss to Henry Cejudo in early 2019. Ahead of his highly-anticipated fight against Cory Sandhagen, Sonnen provided his personal experience with EPOs and why it’s considered a performance enhancer.

“EPO, of all the performance enhancers, I will tell you, without question, is my favorite,” Sonnen said. “A guy that takes EPO, particularly in training, can now just train longer. It directly affects your cardiovascular output.”

“I only share that because I’ve heard a number of guys say ‘well that didn’t help me.’ That could be true, but I’ll tell you EPO would not fall into that. Now because of USADA, we also now know how to take it and not get caught.”

The main purpose of EPO is to impact oxygen storage in the body, as well as output. Dillashaw claims that he used the drug to help with his brutal weight cut ahead of the fight with Cejudo, despite his former Team Alpha Male teammates accusing him of using the drug far earlier in his career.

Sonnen and Dillashaw are two of the biggest names in the history of the UFC, based on their success inside the octagon. But, their careers will always hold an asterisk next to them after each of them knowingly used performance enhancers to get an advantage. Dillashaw will have the chance to start fresh in the next chapter of his career this weekend at UFC Vegas 32.

What are your thoughts on Chael Sonnen and his EPO comments?