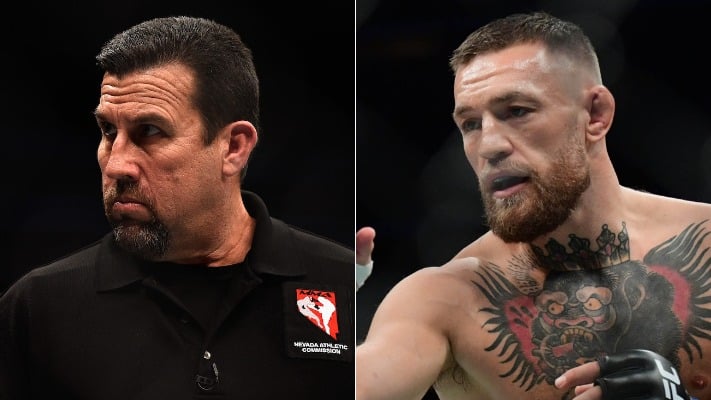 McGregor has been actively promoting himself and another possible fight with Poirier during the beginning stages of his rehabilitation from a fractured tibia. He is expected to be sidelined for the next seven months with an anticipated return to the octagon sometime next year.

McGregor has recently claimed that he has a ‘titanium shin bone’ after surgery which he believes could ultimately give him a distinct advantage in competition. However, McCarthy isn’t so sure about that and believes that it could actually put him at a disadvantage if anything.

“[Conor McGregor] talked about how he’s got a titanium rod in his leg,” McCarthy said on Josh Thomson’s Weighing In podcast. “He goes, ‘I have a titanium leg. Now when I kick people, now watch what happens.’ Oh, I’m gonna watch what happens because I guarantee you, it’s gonna hurt you a whole lot more than it hurts them.”

The discussion stems from a recent Instagram post that McGregor made with a series of video clips, with him talking about the beginning stages of his recovery and his mindset moving forward. McCarthy’s comments only bring more skepticism towards McGregor’s post-fight claims.

Meanwhile, while McGregor continues his rigorous rehab, Poirier will challenge UFC lightweight champion Charles Oliveira for the title later this year. The fourth fight between McGregor and Poirier is still possible sometime next year, at the earliest.

What do you make of ‘Big’ John McCarthy’s recent comments about Conor McGregor‘s leg injury?