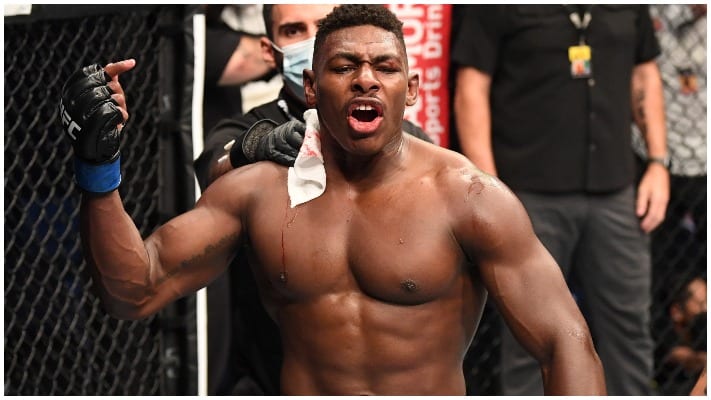 The reigning KO of the year winner and UFC Middleweight Joaquin Buckley will look to rebound and find that K.O. magic coming off a loss this past January to Alessio Di Chirico.

Buckley is set to face Antonio Arroyo in a middleweight bout at a UFC Fight Night on September 18th according to MMA Junkie.

Before suffering a quick KO loss Di Chirico Buckley was considered one of the hottest middleweight prospects after picking up back-to-back KO wins.

Arroyo is coming off 2 straight losses after earning a contract on Dana White‘s Contender Series and will be looking to get back on track to avoid being potentially cut by the company.

The September 18th event’s location has yet to be announced but will presumably be at the UFC Apex in Las Vegas.

Check out the line-up for this event (so far)

Do you think Joaquin Buckley will get back in the win column on September 18?