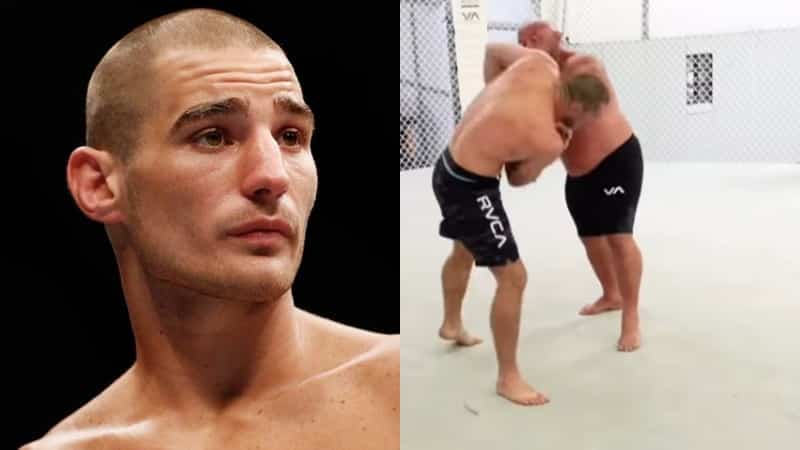 Sean Strickland doesn’t have many kind words for those who helped make his training incident with Orlando Sanchez viral.

Strickland is set to collide with Uriah Hall in the main event of UFC Vegas 33. The bout will take place on July 31. Strickland considers Hall to be a friend but admits he feels his upcoming opponent was a bit of a “d*ck” during training sessions due to his aggression.

Ahead of the showdown with Hall, a training session between Strickland and BJJ practitioner, Orlando Sanchez went viral. Sean Strickland felt that Sanchez pushed his boundaries by cranking on his arm. Strickland threw a spinning backfist and a front kick to the body in response. Throughout the clip, Sanchez said he felt he wasn’t doing anything malicious.

It appears Strickland and Sanchez have patched things up, but Strickland has some choice words for those who made the video viral. Here’s what he told James Lynch for LowKick MMA.

“I like Orlando but if I knew it would’ve been viral I would’ve kept hitting him. People are f*cking dumb dude and this is just the stupidity of like Tyron Woodley vs. Logan Paul. A video goes viral of me hitting a guy after the bell because he cranked my arm? Have you ever been to a f*cking sparring session? This training camp I’ve knocked out like four people. What the f*ck man? I’ve broke multiple noses, I’ve dropped so many people

“The fact that you people care about a small, insignificant concept, it just goes to show how small and tiny your brains are. And it insults me that I’m not intelligent enough to market off you guys and make money like Logan Paul does.”

Strickland said that if the situation happened again, he would defend himself perhaps even more than before. With that said, he made it clear that he’s cool with Orlando now. He chalks it up to just another day.