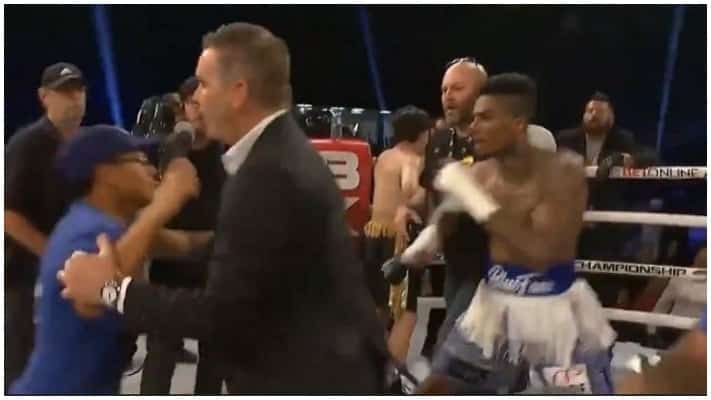 A brawl broke at a second successive Bare Knuckle Fighting Championship event as Blueface was attacked by a fan after his win over Kane Trujilo.

The rapper defeated Trujilo in a celebrity exhibition bout. This was one of three novelty bouts that took place with boxing gloves at the event.

As Blueface took his gloves off and started celebrating his unanimous decision win a fan entered the ring and got a little too close for comfort. The 24-year-old cracked the man with a right hand and a few follow-up shots before security intervened.

Check out the video from the incident below.

At BKFC 18 Hector Lombard’s win over Joe Riggs quickly descended into a post-fight brawl. Lorenzo Hunt got a little too close to the former UFC fighter and found himself on the receiving end of a couple of punches before Riggs of all people split up the scrap.

What do you make of this post-fight brawl between Blueface and a fan at BKFC 19?