A year ago, we said Lingard to Everton was the most predictable transfer of all time, not because it would have been a particularly good or bad move but because signing someone who isn’t quite good enough for Manchester United is simply very Everton.

At that juncture, Lingard was without a goal or an assist in his previous 32 Premier League outings. But having sealed a loan move to slightly less Everton-ish West Ham, he scored nine goals and claimed five assists in 16 Premier League games and was deemed by many to be unfairly jettisoned from England’s Euro 2020 squad.

A permanent move to Goodison Park has again been mooted this summer. And while the predictability of the transfer remains, the typically negative connotations surrounding such an Everton deal have been banished following a spell away from United which has led to questions about why they’re willing to sell him at all. Lingard to Everton would no longer be met with mirth from rival fans but jealousy; he would be the perfect tonic for a team in need of an injection of vigour.

Ole Gunnar Solskjaer has said “Jesse is in the plans at the moment”, but it does feel like the right time for him to leave Old Trafford. Competition with Jadon Sancho, Marcus Rashford, Anthony Martial, Mason Greenwood, Daniel James and (maybe) Paul Pogba in the two wide forward positions would surely mean Lingard is a peripheral part of those plans. And if there’s one thing that his spell at West Ham illustrated – beyond his obvious quality – it’s that he bloody loves playing football.

And he would play football at Everton. Dominic Calvert-Lewin and Richarlison are the certain starters among a group of otherwise middling forwards. Demarai Gray is a good signing, but that’s more because of the price tag rather than any assurance that he will be more topsy than turvy. Andros Townsend is somehow just 30 years old but seems to have been a member of the backhanded compliment ‘good pro’ gang for at least the last two seasons. Alex Iwobi will forever be the most Everton signing of all time and yes, in his case that is meant in its purest derogatory form. James Rodriguez and Moise Kean would both rather leave and Bernard has already gone.

Not that stats are particularly necessary to show just how much better Lingard was than the Everton forwards mentioned, but he exceeded all of them (per 90mins) in Goals (0.57), Assists (0.35), Shot-Creating Actions (3.86), Goal-Creating Actions (0.70) and Pressure Success (4.50). There’s no doubt he would improve this Everton.

But he would also remedy what appears to be a general feeling of malaise at Everton. It’s as though the manager and players are approaching the new season like an overweight steeplechaser; they’ll be f***ed at the first hurdle. They need some positivity and it’s hard to be miserable with Lingard around. 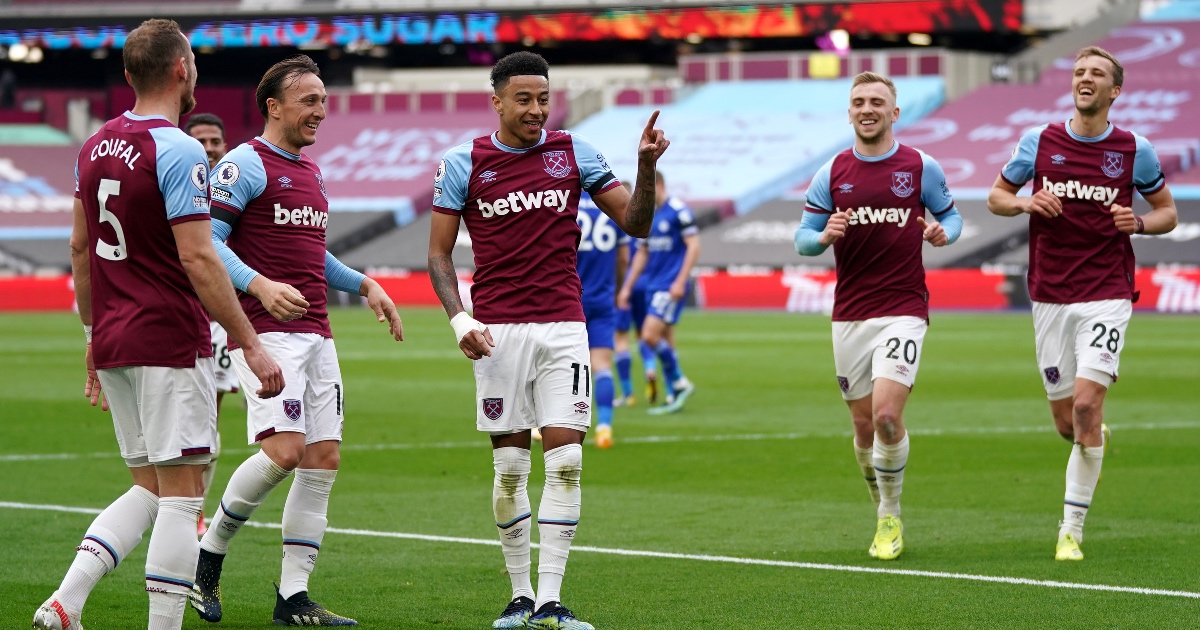 We are of course making assumptions that the Everton players aren’t having much fun right now. It may well be that they are fine with Carlo Ancelotti loving and leaving them and are able to block out the furore over the fans’ disgust at Rafael Benitez’s appointment, the player suspension following a police investigation, the fury of Fabian Delph and the fact that other teams didn’t fancy getting on a flight to play in a pre-season tournament against them. But it feels like it would be less Drake and more The Smiths droning from the dressing room bluetooth speakers; heaven knows they’re miserable now.

And assuming there are frowns, Lingard would surely turn them upside down with a few Michael Jackson spins and a bit of celebration choreography. David Moyes – a grizzled Scotsman, no less – consistently spoke not just of Lingard’s brilliance on the pitch but also the lift and energy he gave him and the whole West Ham squad.