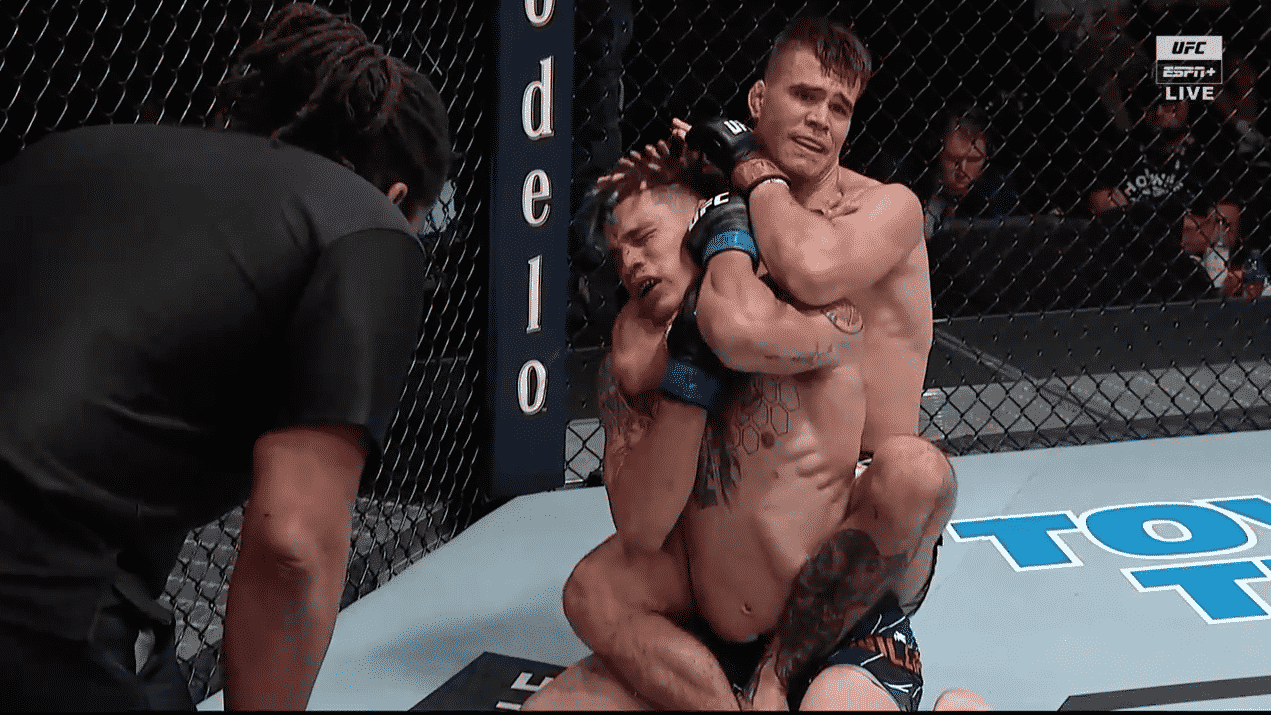 Grappling standout, Mickey Gall has turned in his fifth successful submission victory under the UFC’s banner — stopping prospect, Jordan Williams with an expertly applied rear-naked choke in the opening round of their UFC Vegas 32 preliminary clash.

Gall, a Brazilian Jiu-Jitsu black belt under David Adiv improves to 7-3 professionally with his first round stoppage win over Williams, following a unanimous decision defeat to Mike Perry at UFC Vegas 4 in June of last year.

The 29-year-old New Jersey native managed to grab Williams’ attention early with a stinging and stumbling right-hand shot, before attempting to wrap up a high-elbow guillotine attempt early.

Taking Williams’ back during a seated scramble later in the round, Gall patiently hand fought before eventually finding his way under the latter’s neck and prying him back to the canvas forcing the stoppage from referee, Herb Dean.

Check out Gall’s submission victory over Williams, below.