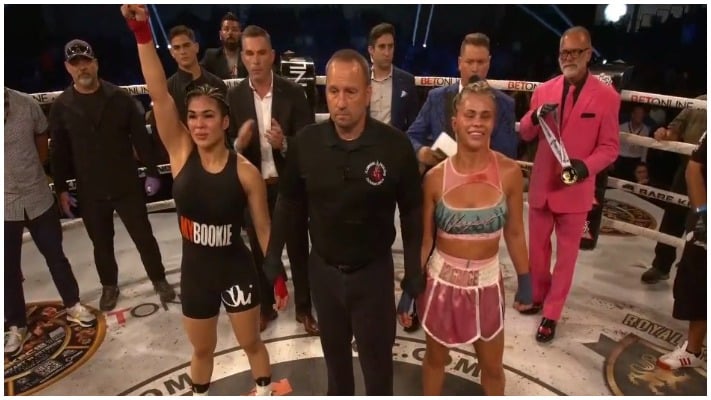 Rachael Ostovich got her revenge over Paige VanZant at Bare Knuckle Fighting Championship 19, which took place at the Florida State Fairgrounds on Friday night.

The pair first met in the UFC under MMA rules in 2019. On that occasion, VanZant emerged victorious via a second-round armbar.

After a competitive start to their rematch, Ostovich began to take over in the third round. The Hawaiian was able to consistently tag ‘PVZ’ until the final bell and deservedly took home a unanimous decision (48-47, 48-47, 49-46) win.

Check out the fight highlights below.