#NextGenATP American Brandon Nakashima hit his 12th ace of the evening on Friday to close out a 7-5, 6-4 victory against countryman John Isner, eliciting cheers from the Los Cabos crowd. The 19-year-old, who with that shot advanced to his first ATP Tour final at the Mifel Open, did not roar to celebrate the biggest victory of his young career. Instead, he quietly pumped his fist.

Nakashima lets his game speak for itself.

“Growing up, I’ve always been more of the calm, relaxed person, whether it was on the tennis court or off the tennis court. It’s just the way my personality is and how I go about things in life,” Nakashima said. “But there are definitely times when you’re a professional tennis player when things aren’t going your way and you get a little bit frustrated sometimes or not as relaxed or comfortable out there on the court. You’ve just got to remember all the hard work that you’ve put in and being able to push through those moments to create those more pleasant moments.”

When you watch Nakashima play, you will immediately notice his easy power and the way he is able to control the action. What you will not see often is much emotion — positive or negative — and the American is fine with that.

“For me, I think being calm out there and trying to be even-keeled is one of my best assets,” Nakashima said. “I think it definitely helps me winning all these matches.” 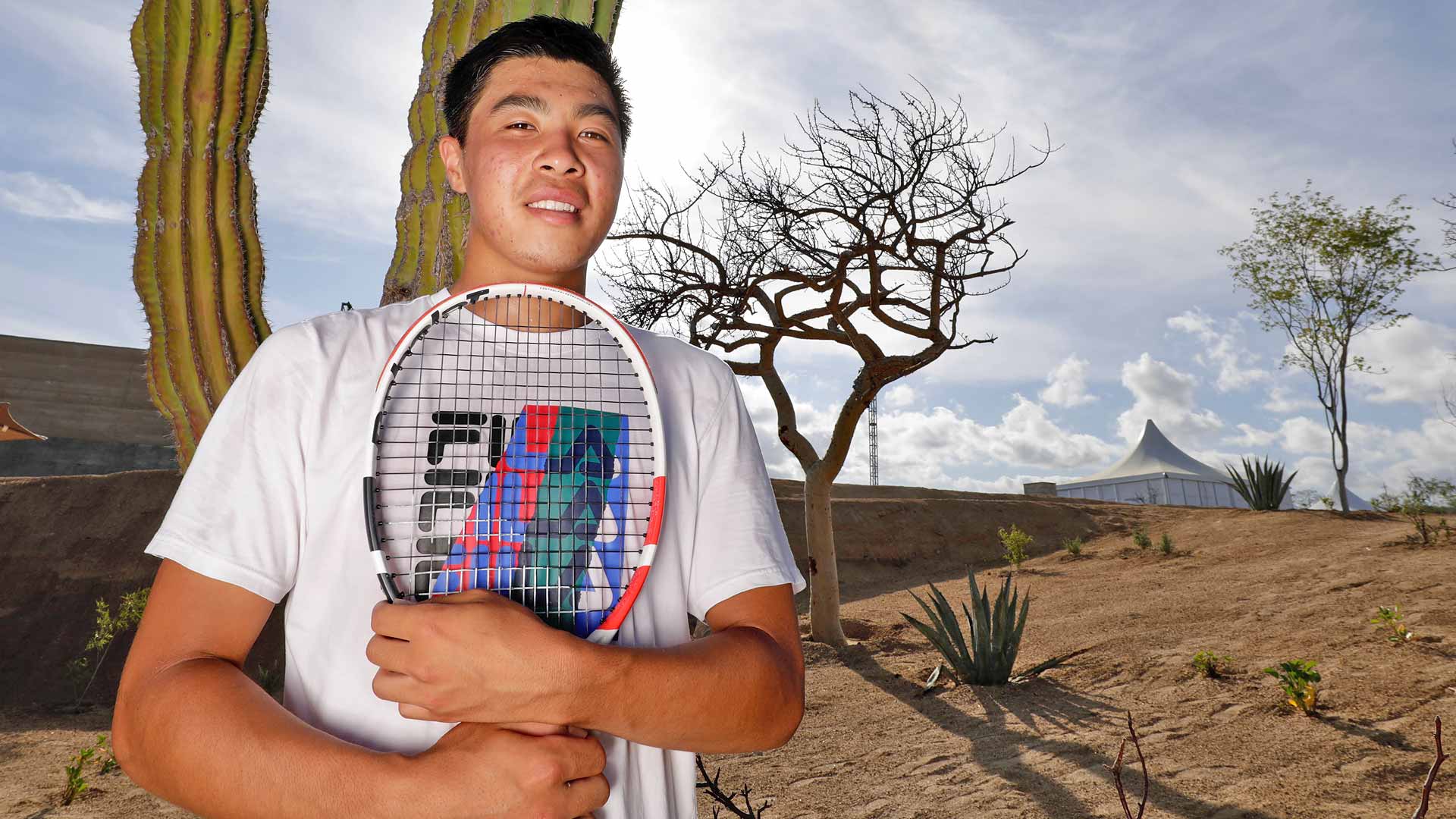 Although Nakashima is at the start of his career, the teen takes pride in setting a good example and motivating his younger fans.

“It’s really an honour for me to have all those kids look up to me and cheering me on,” Nakashima said. “I definitely really appreciate all of them and for all of those who want to become professionals, you just have to work hard and have fun while you do it.

Nakashima began the week with three tour-level wins, but he has earned four victories en route to this ATP 250 final in Mexico. The Californian is the youngest American to make an ATP Tour final outside of the United States since 19-year-old Andy Roddick advanced to the Toronto championship match in 2001.

Nakashima Q&A: Learning From Djokovic & Dreaming Of Playing With…

Nakashima was promised a main draw wild card by tournament organisers two months ago, but he did not end up needing it. It has been a tremendous week for the 19-year-old in Mexico.

Now, the American will have a chance to earn his biggest win yet. Only top seed Cameron Norrie — who Nakashima defeated in Delray Beach last year — stands between the teen and a maiden tour-level trophy.