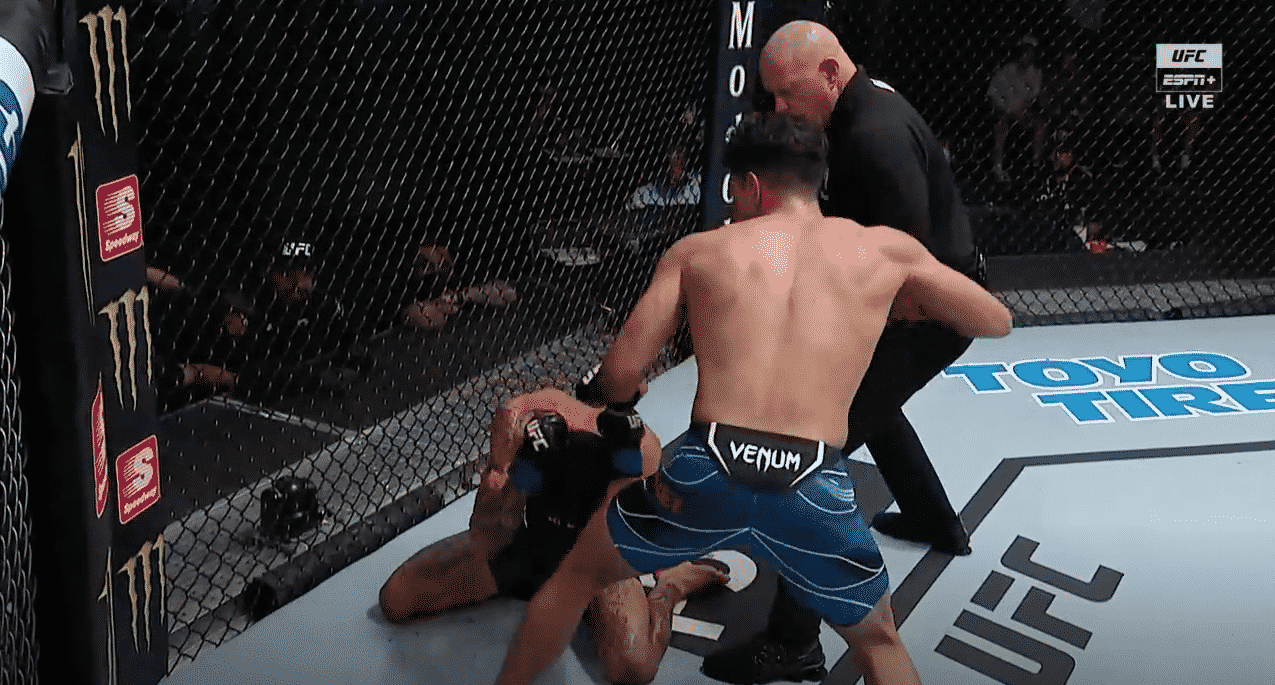 Dully delivering on pre-fight acclaim, tonight’s main card opener of UFC Vegas 32 delivered in abundance as Adrian Yanez rallied from a one-sided opening round to finish the dynamic, Randy Costa with a nasty body shot combination in. the second frame.

Starting quickly, the now 6-2 Costa managed to build quite a considerable lead in regards to total head strikes landed, utilising a lightening-fast jab as well as mixing in dangerous high kicks in numerous combinations from the opening exchange.

Dropping the opening frame, Yanez began to press Costa back to the fence during the opening exchanges of the second round, countering with polished jabs of his own as Costa attempted to score his own strikes upstairs. Clearly fatigued and under the kosh, Costa was forced to his knees after Yanez ripped to the body with a right hook and left uppercut, before splitting the guard with a right uppercut upstairs. Unleashing a barrage, Yanez forced the issue inside the two minute mark of the second with Chris Tognoni waving off the bout.

Below, catch the highlights from Yanez’s rallying win over Costa.