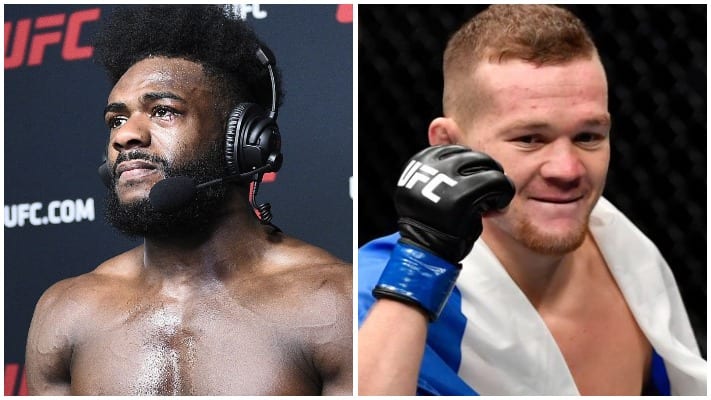 Aljamain Sterling has confirmed that he is set to rematch Petr Yan in Abu Dhabi on October 30 at UFC 267.

‘The Funk Master’ recently revealed that this was the date the UFC wanted him to make the first defence of his bantamweight title, but he wasn’t too keen on the fight destination.

Sterling appears to have got past his issues and has taken to social media to confirm he’ll rematch Yan later this year.

“What’s up guys? I know there’s a big fight tonight. Obviously, Cory Sandhagen (is) taking on TJ Dillashaw – who gives a shit? It doesn’t matter because I’m fighting for the belt (on) October 30th in Abu Dhabi so make sure you guys tune in,” Sterling said in a video posted to Twitter. “Only on pay-per-view! It’s going to be a banger. Obviously, if Sandhagen wants it and he wins it, he can get it again I’ll put him back to sleep. And if TJ wins guess what? He can’t beat a contender ever since he lost to John Dodson without steroids and EPO.”

MMA reporter Ariel Helwani then revealed more details about UFC 267 which despite what Sterling said will not air on pay-per-view.

“UFC 267 is slated for Oct. 30 in Abu Dhabi. Jan x Glover for the 205 belt and Aljo x Yan for the 135 title are the title fights,” Helwani wrote on Twitter. “This is out there. Interestingly enough, though, the event is currently scheduled to be a non-PPV numbered event in USA, I’m told. Some combo of E/E+.

“This would mark the first numbered non-PPV since UFC 138 aired on Spike via tape delay from Birmingham, England. 267 won’t be tape delayed, of course.” Helwani added. “268 would be a week or two later, hopefully from Madison Square Garden. That would be a PPV.”

Who do you think wins this 135lb title rematch? Aljamain Sterling or Petr Yan?