Andrey Kuznetsov was unsure if he would ever play professional tennis again. But lifting a trophy? That wasn’t even on the Russian’s radar as he kicked off his comeback one year ago, following a three-year hiatus due to a hip injury.

It was in August that Kuznetsov stepped on a match court for the first time since 2018. At the time, he admits retirement was more of a reality than any professional ambitions. A former World No. 39 in the FedEx ATP Rankings, the 30-year-old was merely hoping to be competitive in his return to the court.

What he achieved on Sunday was more than he could have imagined. Kuznetsov claimed his first title in six years on the ATP Challenger Tour, prevailing on the hard courts of Nur-Sultan, Kazakhstan. Six long years had passed since the Moscow native last triumphed in Como, Italy, in 2015. Having fought to stay healthy and maintain a positive mentality under such trying circumstances, Kuznetsov provided the feel-good story of the week, if not the entire season, on the Challenger circuit.

“It’s a nice feeling to win after such a long time,” Kuznetsov said after winning the title. “It’s been a very long journey. I cannot say I was believing all this time that I would play again. There were tough periods when I thought I would have to stop my career. But I am here and very happy. Hopefully there is more to come.” 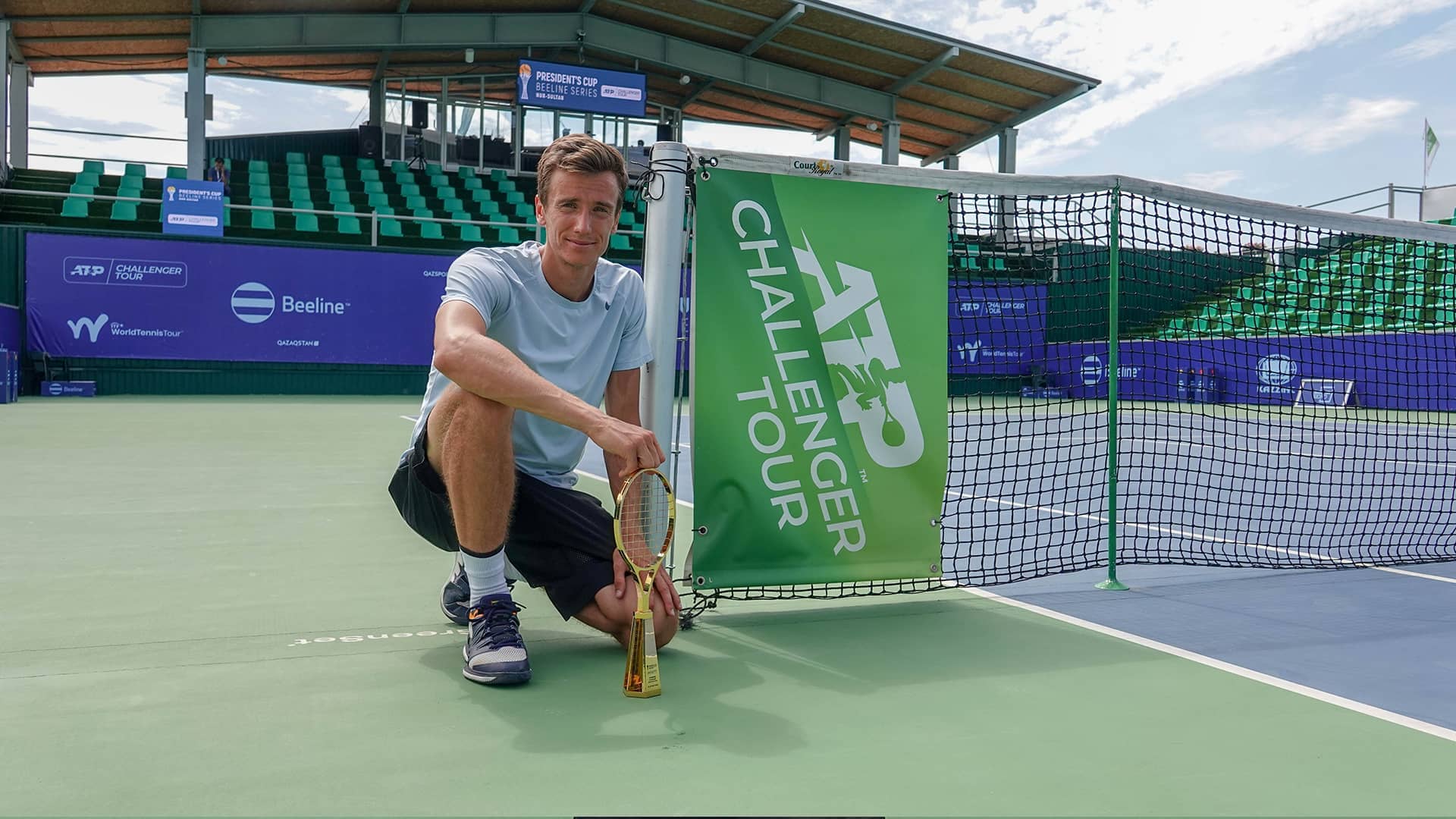 Kuznetsov, who worked as a tennis coach and also a TV commentator for Eurosport as he rehabbed the hip injury, had doubts that he would ever compete professionally again. But with his latest victory, those questions have been answered.

Having not competed on the professional circuit for nearly three years and without a spot in the FedEx ATP Rankings, Kuznetsov was forced to rebuild his game and his confidence from the bottom up. He has been steadily building towards this moment since launching his comeback.

In April, the Russian would qualify for his first ATP Tour main draw since 2017 at the Barcelona Open Banc Sabadell, before earning his first Top 100 win of the year (d. Ivashka) at Roland Garros. And this week, he put it all together in Nur-Sultan, defeating third seed Jay Clarke, local wild card Beibit Zhukayev, fifth seed Peter Polansky and countryman Pavel Kotov, before prevailing in Sunday’s championship over Jason Kubler.

After all the struggles he’s endured, it’s a victory that Kuznetsov says he will cherish and use for motivation going forward.

“Of course I’m very happy. I wasn’t able to compete in these tournaments for a long time. I’m happy I could show some good tennis and I hope for even better results in the future.”