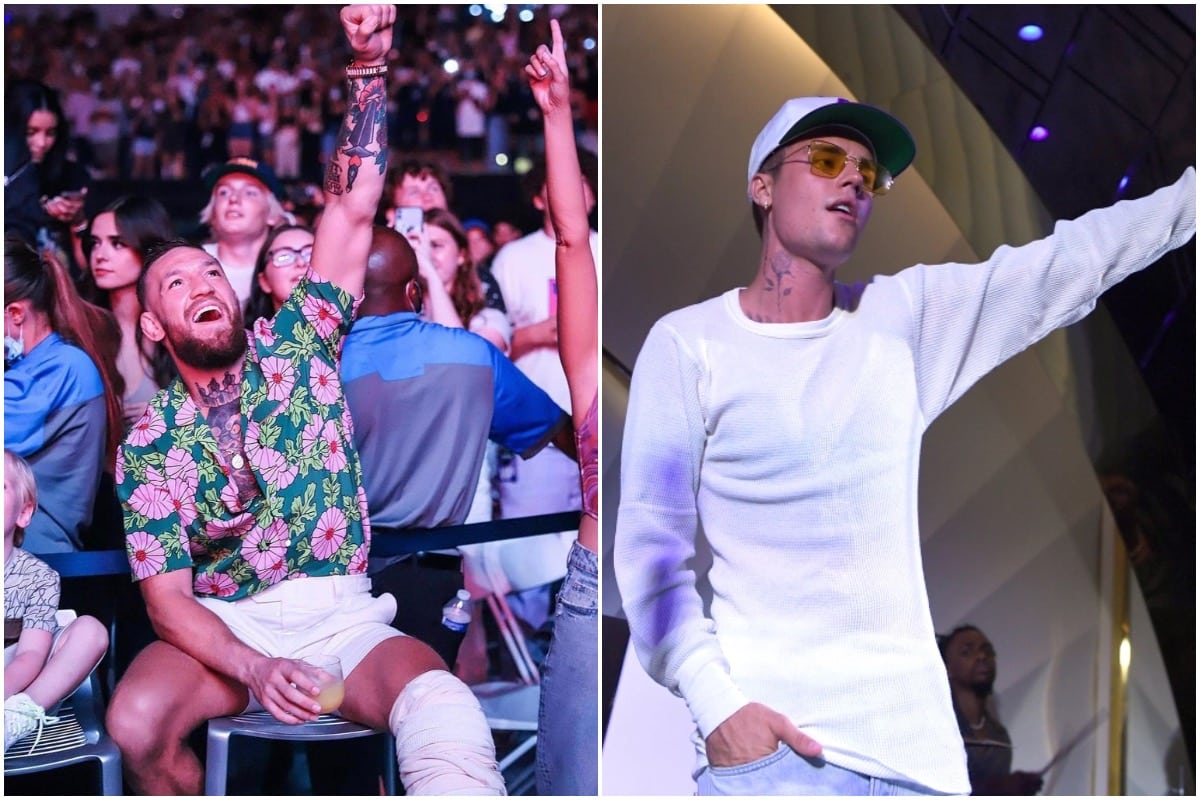 McGregor, who spent Saturday lounging on a deck chair with the Canadian music artist, attended the ‘Freedom’ tour concert alongside his fiancée, Dee Devlin, his three children, Conor Jr., Croia, and two-month-old son, Rían, as well as his sister, Aoife McGregor who celebrated her birthday over the weekend.

The recently turned 33-year-old has spent the time since his injury and resulting surgical procedure in Beverley Hills and last night, attended his newly acquired friend, Bieber’s concert at the SoFi Stadium in Inglewood.

Sharing numerous photographs from his appearance at the ‘Freedom’ concert, McGregor described his family in attendance as “beautiful” — as well as issuing a nod to his Scottish heritage, and to director and actor, Mel Gibson, who played Scottish warrior, William Wallace in the 1995 film, Braveheart set during the First War of Scottish Independence opposing British rule in the 13th. century.

“With my beautiful family at the Justin Bieber “Freedom” concert,” McGregor posted on Instagram accompanied by numerous photographs. “Exactly how big Will (William) Wallace woulda (sic) wanted us McGregor’s! Free!“

Making his second Octagon walk of the year earlier this month, McGregor suffered an opening round doctor’s stoppage loss to lightweight rival, Poirier in the pair’s rubber match — after he had suffered a leg injury with ten seconds remaining in the first round.

Suffered fractures of his left tibia and fibula, McGregor is expected to be sidelined until next year, with UFC president, Dana White claiming that the Crumlin native is expected to return to the sport following his recovery next year.

The defeat came as the Straight Blast Gym staple’s consecutively following a January knockout loss to Poirier on ‘Fight Island’ at UFC 257. The loss came as the first time McGregor had been finished by strikes in professional mixed martial arts.

Off the back of his trilogy-winning performance, former interim lightweight champion, Poirier is expected to challenge current undisputed lightweight best, Charles Oliveira for the title before the culmination of this year.