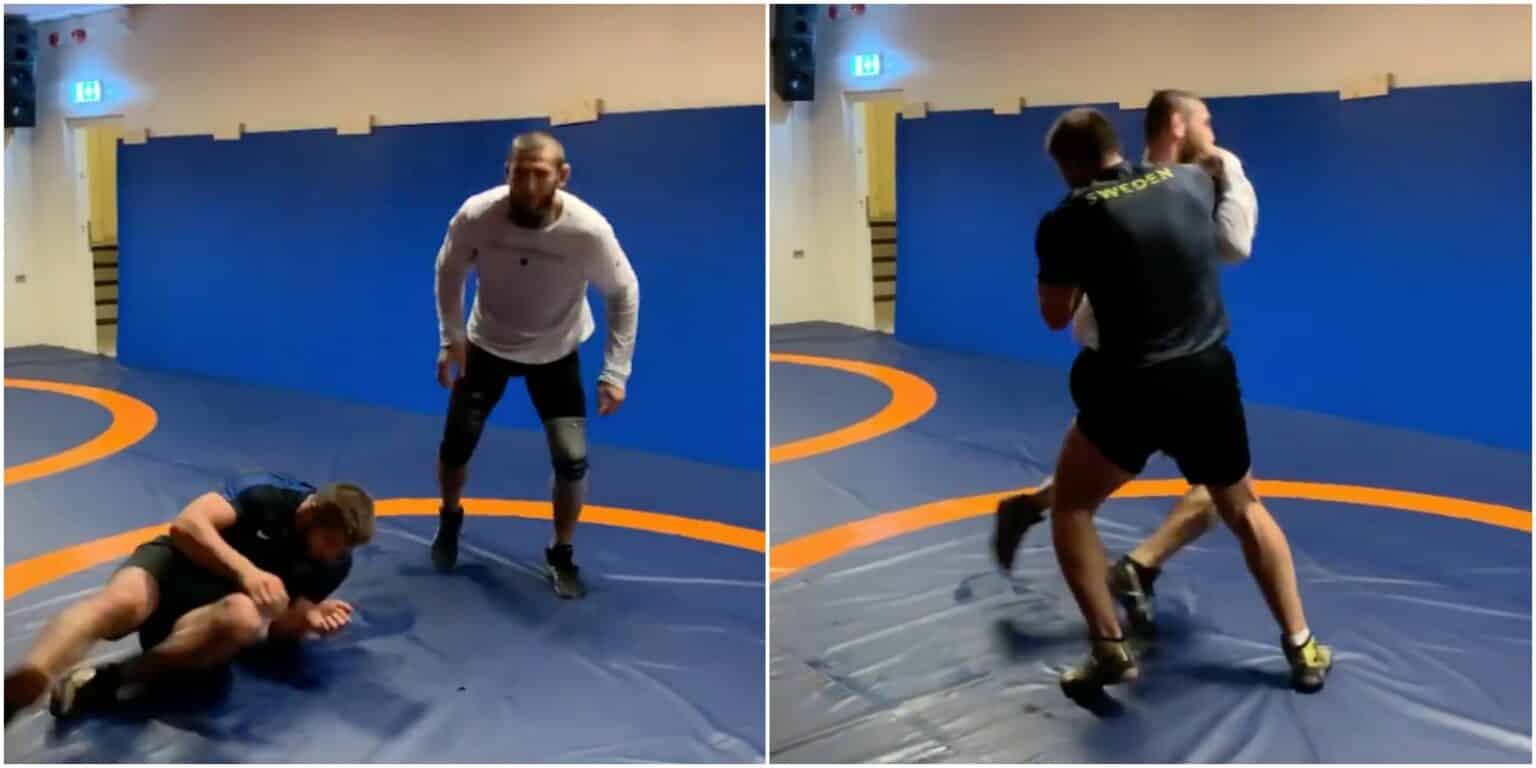 Streaking undefeated finisher, Khamzat Chimaev has posted footage on his official Instagram account — drilling arm drags with a training partner ahead of his long-awaited Octagon return at UFC 267 on October 30. against Li Jingliang on ‘Fight Island’ in Abu Dhabi, UAE.

Out of action since UFC Vegas 11 last September, the AllStars trainee was forced from three attempted pairings with the #3 ranked welterweight, Leon Edwards amid a strenuous battle with COVID-19 — which forced the Chechen-born finisher to juggle the thought of retirement from professional mixed martial arts.

The 27-year-old posted numerous videos of his battle with the novel coronavirus, including one which shows a bathroom sink containing droplets of blood, with Chimaev warning people of the battle with the disease.

Following claims that he was contemplating his future, UFC president, Dana White denied that Chimaev would be hanging up his gloves, as well as explaining how he expected him to return this summer. Chechnya leader, Ramzan Kadyrov also explained how he had spoken personally with Chimaev, where he reminded the grappler of his influence on the younger generation in the country — more or less influencing his decision to return.

A three-fight Octagon veteran, Chimaev made his promotional debut in July of last year on ‘Fight Island’ — scoring a second round Brabo choke win over John Philips. Just 10-days later, Chimaev made Octagon history with the quickest return to action when he managed to hand promotional newcomer, Rhys McKee a one-sided knockout loss in the opening round.

Featuring at UFC Vegas 11 in September in his first bout in North America, Chimaev met with Roufusport grappler, Gerald Meerschaert — where he nabbed a stunning 17-second knockout win over the submission threat.

Set to make his eagerly-anticipated return in October, Chimaev meets with welterweight mainstay, Jingliang following a trio of failed outings against Edwards. And ahead of the showdown in Abu Dhabi, UAE — the former posted some footage of him drilling arm drags and throws with a training partner on his official Instagram account.

Reports emerged recently detailing how the UFC had offered Chimaev two separate bouts against former Strikeforce and UFC middleweight champion, Luke Rockhold for a UFC 265 event in August, as well as a main event tilt on a Fight Night billed card later that month. However, with sights set on a prolonged run at 170lbs, Chimaev reportedly turned down the opportunity to welcome former titleholder, Rockhold back to the Octagon.