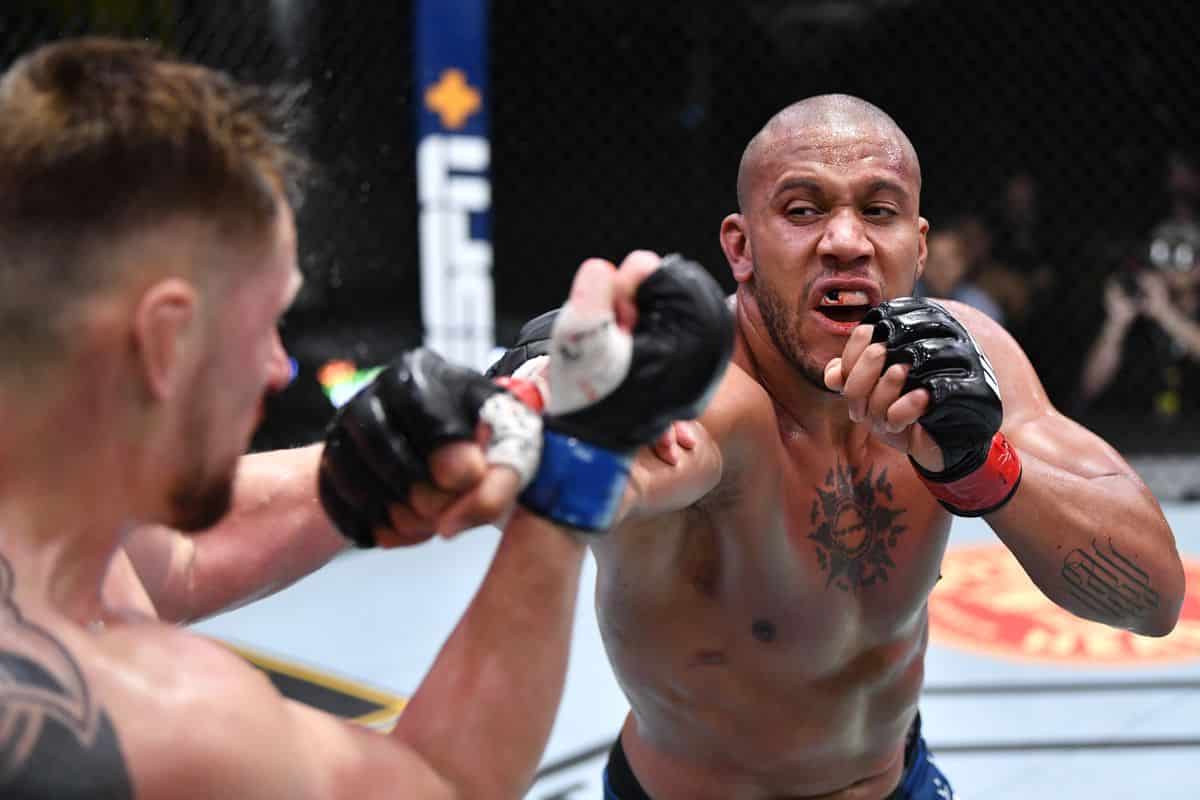 Challenging for interim UFC heavyweight spoils on August 7. at UFC 265 — the #3 ranked heavyweight contender, Ciryl Gane has claimed that a stoppage victory over one-time undisputed title challenger and incoming foe, Derrick Lewis is “possible” — given the statistics surrounding Lewis’ fights, particularly how the majority of them seem to end before the final klaxon.

Set for his third outing of the year, Gane most recently featured in the main event of UFC Vegas 30 in June where he took home a unanimous decision victory over former Bellator and M1-Global gold holder, striking ace, Alexander Volkov. The victory extended Gane’s winning spree to nine consecutive fights from nine professional outings.

Matching with Lewis, who is the most prolific heavyweight knockout artist in the promotion’s history — 29-year-old all-rounder, Gane has claimed that given the fact that more often than not, Lewis’ bout’s don’t require the inclusion of Octagon-side judges — a stoppage victory for him his “possible“.

“What I want? I want to finish the fight before the end (of the fifth round),” Gane said during a recent interview with LowKickMMA reporter, Maria Morales. “This is my mission — and I think it is possible. I think it’s possible ’cause when you look at the statistics with Derrick Lewis (fights), you know, every fight — even if he wins or he loses, the fight finish before the end.“

Gane explained how he hopes to lodge some noteworthy statistics against Lewis, in the form of pressure and a heavy volume output.

Between both Gane and Lewis, the pair have lodged a combined 23 knockout victories, with Gane taking three and Lewis coming home with a whopping 20 stoppages on the feet. Factory MMA mainstay, Gane has himself stopped three opponents via submission — with Lewis scoring just a sole stoppage via that method in the form of a November 2019 armbar win over Rakim Cleveland.