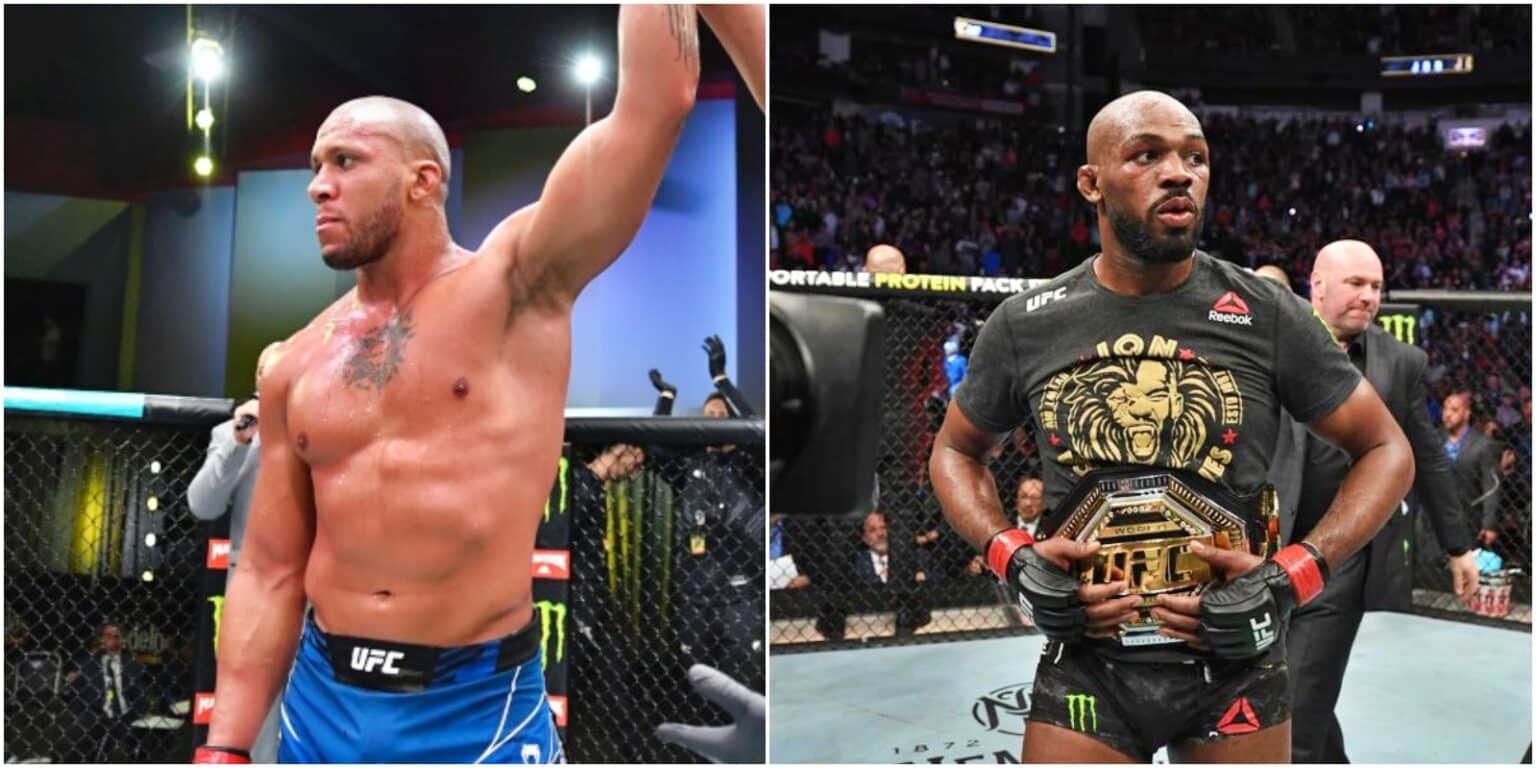 Still expected to make his long-awaited move to the UFC’s heavyweight ranks next year, former two-time light heavyweight champion, Jon Jones has been showered with plaudits from incoming interim heavyweight championship challenger, Ciryl Gane — who claims the Rochester native could be “great” a division higher.

Vacating the light heavyweight championship in August of last year, Jackson-Wink MMA staple, Jones was expected to finally follow through with plans to make a much-anticipated leap to the UFC’s heavyweight ranks, however, ongoing negotiation mishaps with the promotion has halted those plans.

Following current heavyweight champion, Francis Ngannou’s title-clinching knockout win over Stipe Miocic back in March at UFC 260, all roads seemed to point toward an immediate title clash between Ngannou and divisional climber, Jones.

However, UFC president, Dana White remained coy about the pairing, questioning if Jones actually wanted to fight Ngannou following the Cameroonian’s devastating knockout victory — with the pair involved in some rather public negotiation fallouts as a result.

Over the course of the summer, White outlined the surging, #2 ranked, Derrick Lewis as the challenger to Ngannou’s throne, however, plans to pit the two together in a rematch hit the rocks when the latter noted scheduling conflicts, preventing a UFC 265 title bout on August 7.

As a result, the organization introduced an interim heavyweight title, with prolific knockout artist, Lewis slated to headline the Toyota Centre event in Houston, Texas against undefeated French standout, Gane.

With Jones’ move to the heavyweight ranks unlikely to occur this year, Gane spoke with LowKickMMA reporter, Maria Morales ahead of his interim title showing against Lewis, and revealed that he believes Jones’ fight IQ, physicality and athleticism can benefit him when he eventually makes the division leap.

“He’s tall, so now he’s even more heavy,” Gane continued. “It’s new for him, but he improved with his weight. Tomorrow, if I fight with Jon Jones — it’s going to be a really technical fight.“