Alderweireld goes straight into XI who followed the money

It seems early for Toby Alderweireld, aged 32, to be taking the cash in Qatar when he still has plenty to offer in Europe. But money talks. As it did to this XI…

Gordon Banks
It’s hard to think of a No.1 who followed the money. Goalkeepers may be mad but they are obviously a principled bunch. That or they don’t make ideal playthings for super-rich clubs desperate to showcase their wealth.

Either way, the prospect of England’s World Cup-winning keeper guarding their goal tempted Fort Lauderdale Strikers into making the then-39-year-old an offer he couldn’t refuse. By this time, Banks had been without the vision in his right eye for five years, but that didn’t put off the North American Soccer League outfit in 1977.

Banks, though, wasn’t going to Florida to commence retirement. He was named the NASL Goalkeeper of the Year in his first season and made an impression with his work ethic: “He was the first to training, last to leave,” his understudy Van Taylor told Omnisport. “He worked hard, he took pride in his professionalism.”

Toby Alderweireld
The Belgium defender goes straight into this XI a day after his move to Al-Duhail was confirmed because we’re short of defenders too. It seems sugar daddies only want to party with attackers…

Alderweireld has spoken romantically in the past about his next move after Spurs. A return to Ajax was ‘100 per cent on his mind’ while he also fancied playing for Royal Antwerp, his hometown team. Presumably there will still be time for that after he’s pocketed all the riyals.

Chris Samba
The defender established himself as one of the Premier League’s best centre-backs under Sam Allardyce and Mark Hughes at Blackburn. He was linked with Arsenal but Anzhi Makhachkala were in the midst of their spending spree and Samba moved to Russia for £12.5million to collect a £100,000-a-week salary.

Less than a year later, after experiencing racism in Russia, Samba returned to the Premier League with QPR. “There he will earn almost as much as he did here,” said Anzhi director German Tkachenko. “In my view, QPR have lost their minds. When they agreed to pay his release fee, we wept.”

Roberto Carlos
The former Brazil star moved to Anzhi aged 37 after having his Corinthians contract cancelled. For his next birthday, Anzhi’s billionaire owner Suleyman Kerimov bought Carlos a Bugatti Veyron, a car worth around £1million. Three years later that caused Manchester City all sorts of grief.

Because when all Yaya Toure got his birthday – three years later – was a cake, his agent Dimitry Seluk was most upset.

“He got a cake, but when it was Roberto Carlos’s birthday, the president of Anzhi gave him a Bugatti.

“I don’t expect City to present Yaya with a Bugatti, we only asked that they shook his hand and said ‘we congratulate you’. It is the minimum they must do when it is his birthday and the squad is all together.”

Anyway, back to Bobberto Carlos. He lasted 18 months at Anzhi before retiring at the club.

Yannick Carrasco
You couldn’t blame the Belgium wideman for having second thoughts after his Dalian Yifang debut. Having just signed for £27million from Atletico Madrid, Carrasco and his new team-mates were battered 8-0 in his first taste of CSL.

He spent two seasons going through the motions in China before returning to Atletico, initially on loan, before signing for four more years at the Wanda Metropolitano.

Axel Witsel
“No European club would be able to match the offer I got from China. It was hard to refuse,” said Witsel after joining Tianjin Quanjian aged 27.

“I signed for three years and I was thinking in my head, ‘OK, I will do three years in China and then I will come back to Europe.’ But in the end I stayed just a year and a half.”

Eventually, after spells at Standard Liege, Benfica, Zenit and Tianjin Quanjian, Witsel got to test himself in one of Europe’s big leagues when Borussia Dortmund brought him back from China. But Witsel’s world tour was never held against him by any of the Belgium managers during his 13-year, 114-cap international career.

Alex Teixeira
Before Oscar, the Asian transfer record was set by Jiangsu Suning when they paid £38million for Teixeira.

The then 26-year-old seemed set for Liverpool, who were haggling over a £24million fee with Shakhtar Donetsk. Then along came the CSL club to blow the Reds out of the water.

“Let’s put it like this: everyone always knew that I wanted to stay in Europe and move to the English Premier League club,” Teixeira said shortly after. “But, unfortunately, all the proposals that came from them, were somewhat windy and did not contain anything concrete. Now I have received a serious offer from China.”

Oscar
Neither Chelsea nor Oscar could likely believe their ears in 2016 when Shanghai Shenhua offered to give the Blues £52million while paying the Brazilian £400,000 a week.

During his initial four-year contract, Oscar will have earned enough to buy Raphael Varane and Ibrahima Konate. With change to spare. The Chinese authorities quickly clamped down on such huge deals but Oscar still renewed his contract through to 2024.

Neymar
Let’s not pretend players don’t move within Europe for the moolah. After all, everyone wants to get paid.

Which is exactly what Neymar got when he moved to PSG in a word-record deal in 2017. PSG gave Barca £198million before committing to paying the Brazilian around £537,000 every week for four years.

For much of that time, Neymar has been angling for a move back to Barcelona, before he realised they were on the bones of their arse. So, instead, he’s re-signed for PSG on the same terms that literally no one else in Europe would offer him. 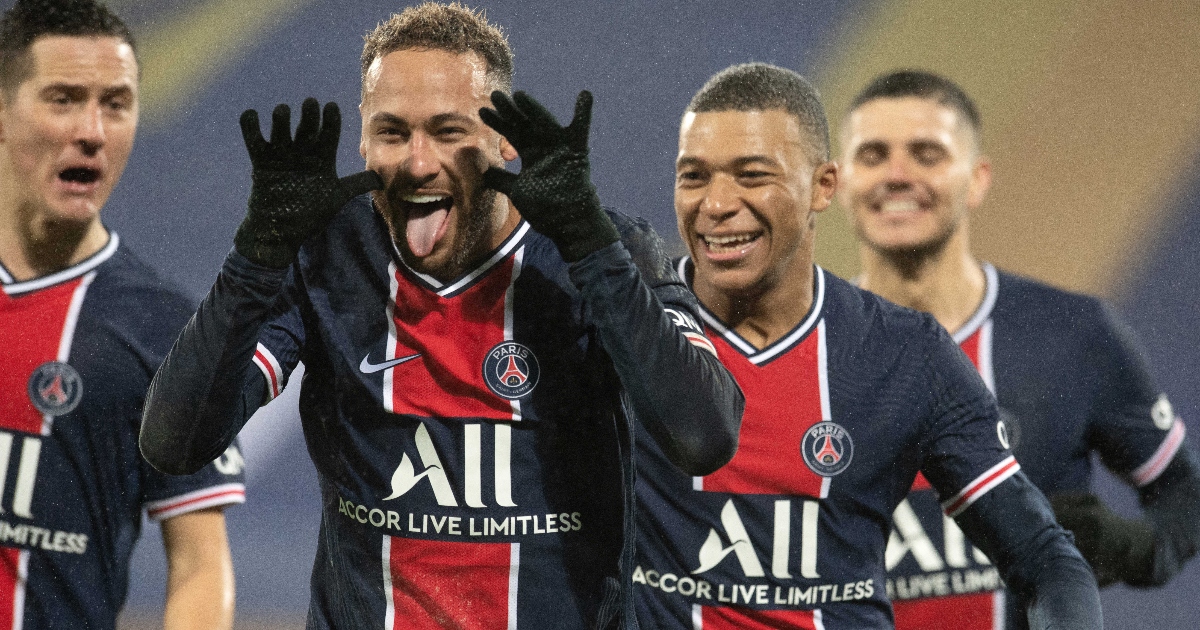 Garry O’Connor
Tony Mowbray, then Hibs manager, said the terms on offer from Lokomotiv Moscow in 2006 were “life-changing for Garry and his family”. O’Connor wasn’t coy about it…

“I can set my family up for life,” he said at the time. “If I was single and never had my fiancee or son I maybe would not have made the move to Russia.”

Fair ebough. And O’Connor wasn’t hoovering up all the money; he donated his part of the transfer fee to Hibs to improve their training facilities. The striker lasted a year and a half in Russia, scoring the winning goal in the Russian Cup final, before returning to Britain with Birmingham.

Carlos Tevez
Tevez hardly needed the money but he took it regardless when Shanghai Shenhua were willing to make him one of the world’s highest-paid players.

The Argentina striker lasted a year in China before returning again to Boca Juniors. “It’s fine because I was on vacation for seven months,” he said upon leaving. “When I landed in China, I wanted to return to Boca.”

Diego Maradona was fully on board with Tevez’s plan: “It’s perfect. He filled Santa’s sack with dollars and now he has returned to Boca.”