Amanda Nunes Out Of UFC 265 Title Fight Against Julianna Pena 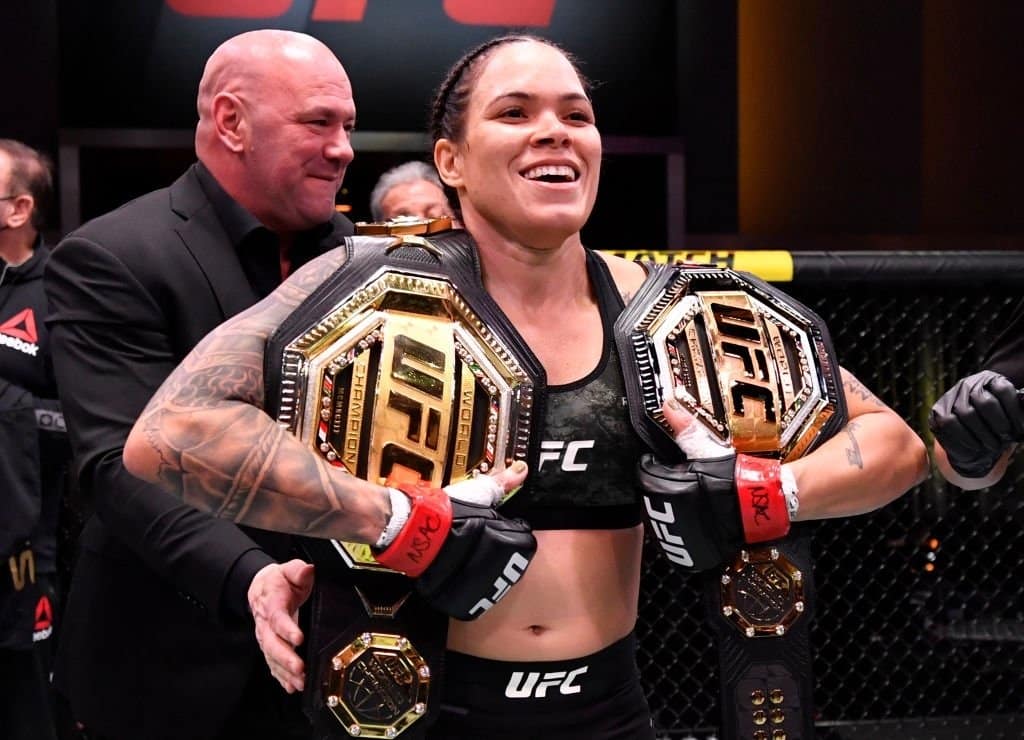 Two-weight UFC champion, Amanda Nunes has returned a positive COVID-19 test — ruling her from an August 7. bantamweight title fight against the #5 ranked contender, Julianna Pena — with the promotion expected to reschedule the bout in the future, possibly for a December event.

Per a report from ESPN MMA reporter, Mike Coppinger this evening, as per UFC Chief Business Officer, Hunter Campbell, Nunes has returned a positive test for the novel coronavirus, forcing the cancellation of her co-headlining title defence against TUF victor, Pena.

“Amanda Nunes tested positive for COVID (-19), cancelling her fight against Julianna Pena that was scheduled for UFC 265, UFC chief business officer Hunter Campbell told @MikeCoppinger. Campbell said the plan is to reschedule the bout when Nunes is fully healthy and ready to compete.“

Bahia native, Nunes has yet to feature at the bantamweight limit since UFC 245 back in December of 2019, when she successfully lodged a defence against two-time opponent, inaugural featherweight champion, Germaine de Randamie.

Forced from the card to boot, Washington native, Pena last featured at UFC 256 in January of this year on ‘Fight Island’ where she managed to stop one-time bantamweight title challenger, Sara McMann with a late, third round armbar win.

Undefeated in her last 12 Octagon walks, Brazilian favourite, Nunes last competed at UFC 259 in March at the UFC Apex facility — stopping former Invicta FC featherweight best, Megan Anderson with a brutal triangle armbar in the opening round to successfully defend her featherweight gold for the second time.