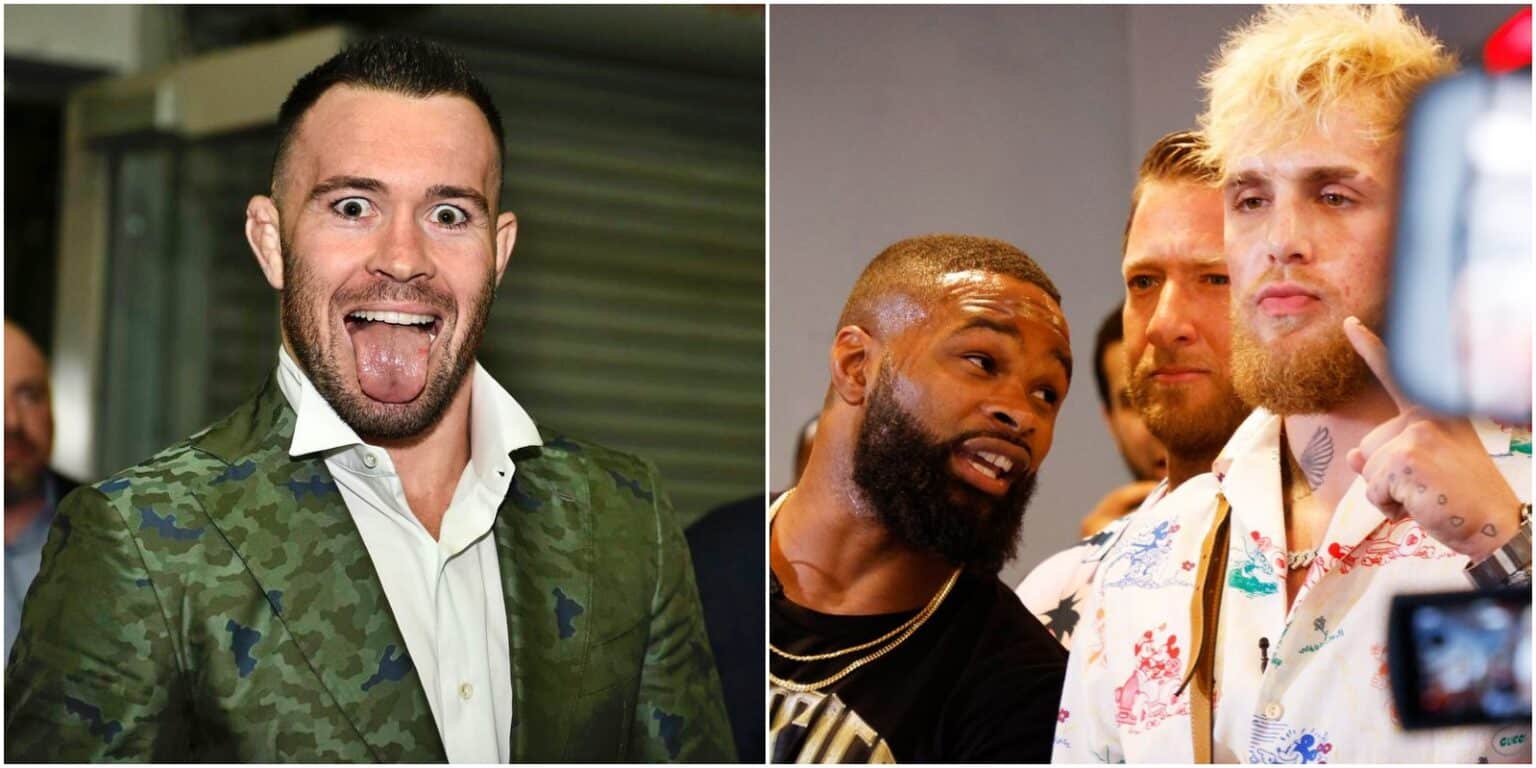 Covington, a former opponent of St. Louis veteran, Woodley, took home a fifth round TKO victory over the UFC alum in the main event of UFC Vegas 11 last September, when the latter suffered a rib injury during a final frame grappling transition.

The loss came as Woodley’s fourth consecutively, and following the culmination of his deal with the UFC, electing against resigning with the Dana White-led organization.

Ahead of his UFC 268 title rematch against reigning welterweight best, Kamaru Usman on November 6. at Madison Square Garden in New York City, MMA Masters trainee, gave his thoughts on Woodley’s chances against the polarizing, Paul — and admitted that the former welterweight kingpin could be the first to hand Paul a professional boxing loss.

“I think (Tyron) Woodley could do it (beat Jake Paul),” Covington said during a recent interview with MMA reporter, James Lynch. “I think he could land a knockout punch and get it done.“

Covington then explained how numerous teammates of his have sparred with Ohio native, Paul in the past — claiming that the 3-0 boxer was “exposed” during sessions in Miami, Florida.

“I’ve had some guys at the gym, Colby Covington Inc. and MMA Masters, that have went (sic) to train with Jake Paul in Miami (Florida),” Covington explained. “They’ve all kind of said the same information, that they went there, they exposed him, they made him look bad. Of course, they turned the cameras off and they’re not taking pictures that day and they never invite these guys back because Jake ‘The Snake’ Paul only wants kids that he can beat up and knock out and boost his ego and his confidence.“

“He doesn’t actually want guys that are going to push him in the gym and make him better, because, like (sic) we’ve said before, he’s not a real fighter,” Covington continued. “He’s a little Disney star.” (H/T BJPENN.com)

Did Lane Kiffin just throw his name in the mix for the Saints job?