Oooft. We had a feeling something like this would happen, and today’s it’s been confirmed that Red Bull has launched a “petition for review” after Lewis Hamilton’s penalty at the British Grand Prix.

Despite being handed a 10-second penalty for his involvement in the incident, Hamilton still managed to fight his way back through the pack and take victory in front of his home crowd.

Verstappen, who made contact with Hamilton at the insanely fast Copse corner, was reported to have been in a 51G crash and, as a result, left Max needing further medical checks at the hospital throughout the duration of the day.

The incident meant that Verstappen leads the drivers’ championship by only eight points.

Red Bull was quick to be very critical of the crash and the subsequent “lenient” penalty as they described it. They’ve requested a review of Hamilton’s 10-second penalty with the Stewards.

As a result, representatives from both Red Bull and Mercedes are required to join a video conference on Thursday at 4 pm local time.

The view from above of *that* incident#BritishGP 🇬🇧 #F1 pic.twitter.com/O7QhraSNq0

Teams are allowed to protest Stewards’ decisions. However, the team or individual must bring new data or elements to the table that were unavailable when the original decision was being made.

If it’s decided that Red Bull do have relevant data that was not available at the time of the decision, the Stewards can decide to reopen the investigation.

Although it’s quite unusual for a team to protest an FIA and Stewards’ decision, it does happen. Earlier this year, Alfa Romeo tried to challenge the 30-second time penalty that their driver Kimi Raikkonen picked up in Imola, but they lost their bid, and nothing changed.

Either way, hopefully, it brings an end to all this talk of the incident, and we can finally put it behind us.

What do you think about Red Bull wanting to request another review of the penalty? 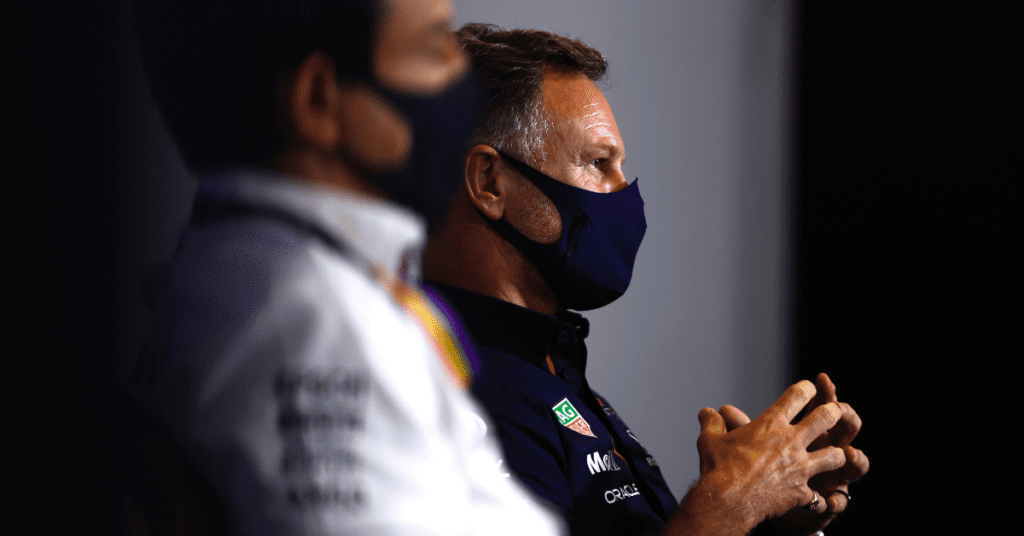