When F1 Title Rivals Come Together On Track – WTF1

Well, things all got a little bit tense in Silverstone, didn’t they. Some had predicted at least one clash between the two title rivals this year, and it happened at the British Grand Prix when the two drivers came together at full speed with Verstappen smashing into the barriers. Fortunately, both drivers were ok after the incident, but the crash has been huge for the championship.

Lewis Hamilton and Max Verstappen have been joined at the hip all year; the two have only got eyes for each other. But not in a cute way.

It wasn’t the first time championship rivals have crashed, and it won’t be the last. It wasn’t even the most dramatic! Over the history of F1, there have been some insane moments that have defined title fights. Here are some of the wildest!

Michael Schumacher and Damon Hill went into the final race of 1994 with only one point separating them. They’d won all but one race that season and were both itching for their first-ever title. Michael was ahead in the standings, so if Damon didn’t score, he would win. 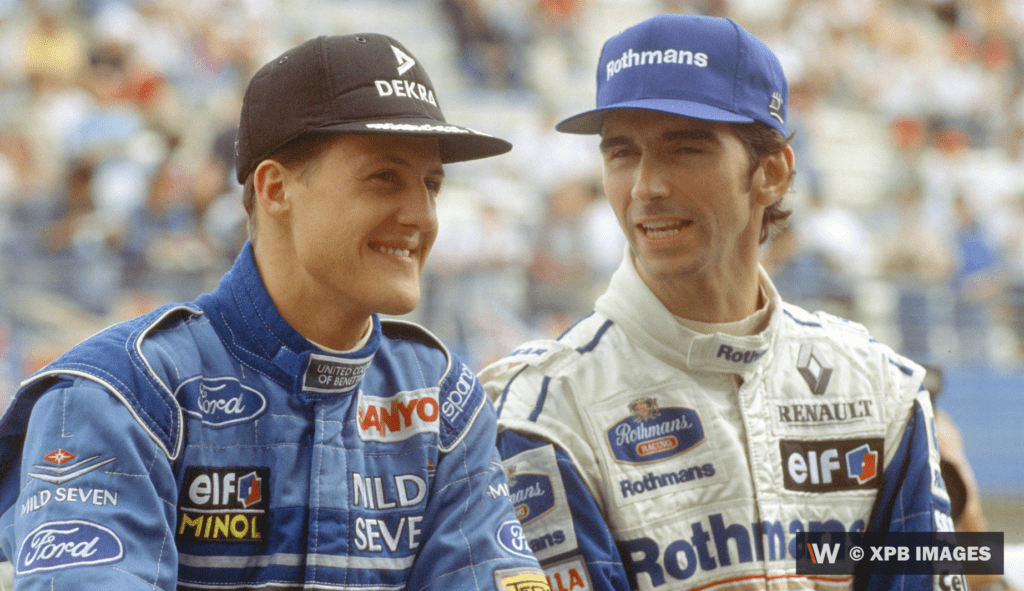 Damon needed to be ahead. He pressured Schumacher into a mistake who clipped the wall and rejoined the track slowly. Hill took his chance and overtook Michael, who saw him and then turned in.

Schumacher’s Benetton went up on two wheels and into the wall. Both of them were out of the race, Schumacher in the wall and Hill with broken suspension. The championship was over. Michael had done it with a deliberate crash.

Again, Schumacher was one point ahead of a Williams driver going into the season’s final race. This time it was Jacques Villeneuve. It was one of the most bizarre race weekends ever. The top three on the grid all set the exact same lap in qualifying to the thousandth. Jacques set it first, so he was on pole, but Michael led out of Turn 1.

Winning the title in the most dramatic fashion 🏆

Villeneuve made a few attempts to pass and eventually dived ahead. Schumacher reacted and aggressively turned in after seeing Jacques. He hit the sidepod of Villeneuve and bounced off into the gravel. Schumacher was beached, and Villeneuve carried on to win the championship. Schumacher was disqualified from the whole 1997 season for another deliberate crash.

Senna vs Prost is the definitive F1 rivalry. They hated each other and not least because of two title-deciding run-ins, both at Suzuka. 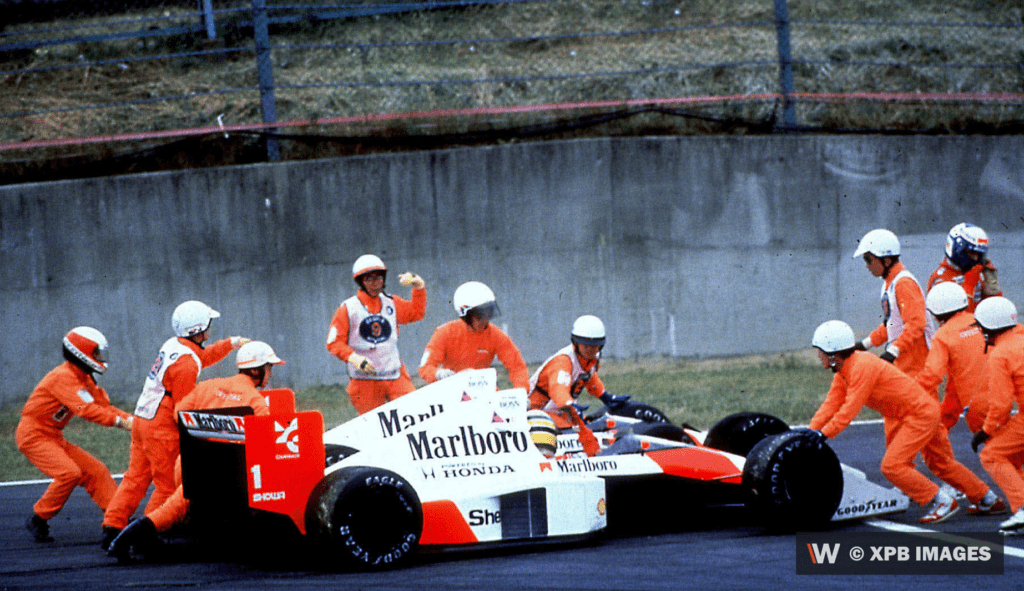 1989: It was the second to last race. Senna had to win, and all Prost had to do was hold him back.

Prost dominated from the start, but Senna started to come back at him. Senna sent it at the final chicane. Prost saw him and turned in on him. It wasn’t even subtle. Both drivers stopped, Prost got out of the car, and Senna carried on and won the race before being disqualified for skipping the chicane because Prost crashed into him.

1990: Senna was after redemption. This time it was Prost who needed to win. Senna didn’t mess around in dealing with that, and at Turn 1, he ploughed into Prost, and they both flew off the road. They were out of the race.

An intentional and dangerous crash made Senna champion. It wasn’t a very pleasant time for F1 sportsmanship.

The modern-day Senna and Prost. They had their fair share of crashes as title rivals.

The first was at Spa in 2014. Hamilton was defending from Rosberg. Lewis clearly had the corner, but Nico made a point by turning into the back of his teammate. Lewis got a puncture and retired, and Nico broke his front wing but continued and extended his championship lead. 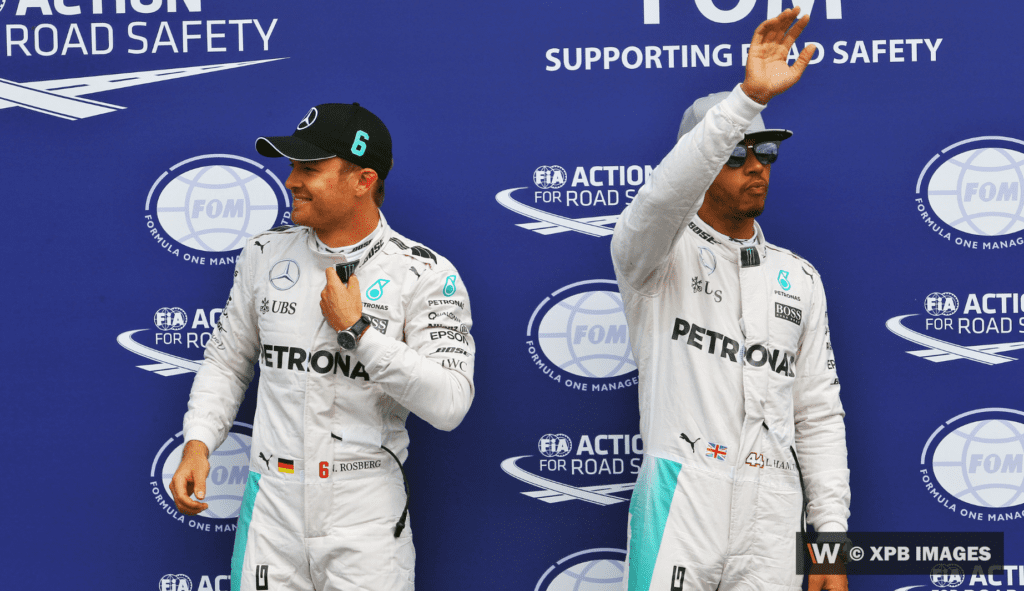 The second was the big one; Barcelona 2016. Rosberg had won every race of the year and took the lead at the start. But he was in the wrong engine mode, and Lewis was able to get a run on him. Nico defended aggressively and pushed Lewis onto the grass, where he lost control and spun into Nico. Both were out. Hamilton nearly quit in the fallout. Things at the team were that bad.

They were still allowed to race, but they must not crash. Roll on Austria.

Hamilton was closing on Rosberg on the final lap. He was alongside in the braking zone, on the outside. Rosberg, though just didn’t turn in. In a clumsy attempt to hang Lewis out to dry, he just carried on going straight, and they crashed.

It came off worse for Nico. He lost his front wing and finished fourth when Lewis won. Rosberg was given a 10 second penalty to add to it.

Do you think Verstappen and Hamilton will come together on track again this year? 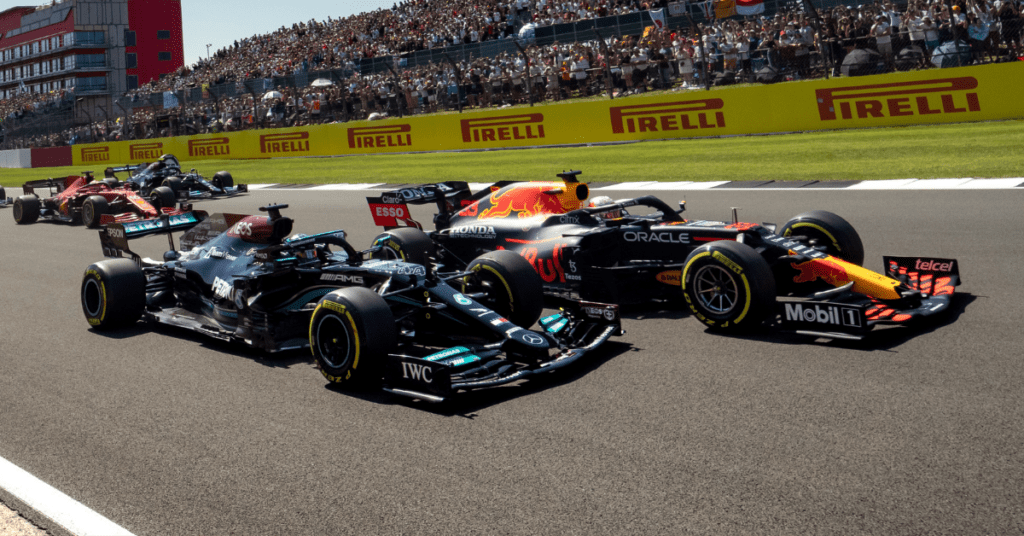