Colby Covington Will Be Joined By Lil’ Wayne at Next Walkout 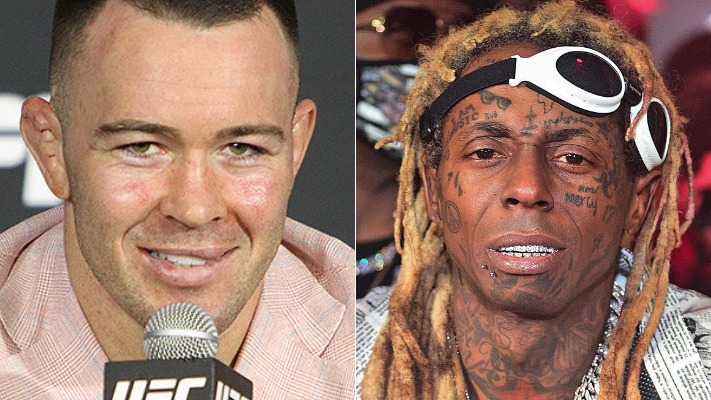 Top UFC welterweight contender Colby Covington claims he’ll have a unique walkout in November when he takes on welterweight champion Kamaru Usman in a title rematch, including an appearance from rapper Lil Wayne as he makes his path to the octagon.

It was recently reported that Covington and Usman will face off later this year at a location to be determined, but the UFC is allegedly closing in on a booking at New York’s Madison Square Garden. Covington has won four of his last five fights, with his sole loss coming to Usman at UFC 245 in one of the most exciting fights in UFC welterweight history.

Covington has been calling for a rematch pretty much minutes after being knocked out by Usman in their first bout, and he’s looking at making an entrance for fans to remember at the highly-anticipated fight.

“I’m definitely going to be having Lil’ Wayne walk me out. My boy little Weezy. He’s my favorite rapper,” Covington said in an interview with Submission Radio. “Yes, little Weezy, my favorite artist, and rapper growing up. He’s the best rapper alive. He should be the president. He’s such a great person, has such smart philosophies and ideas, but he’s going to be walking me out, and we’re going to be walking out to ‘Sky is the limit, the limit’. You know, cause the sky is the limit.”

In his last fight, a win over former welterweight champion Tyron Woodley, he immediately got into a verbal altercation with Usman, who was coincidentally making a guest appearance on the broadcast that night.

The fight is tentatively scheduled for November and is sure to be one of the biggest fight cards of the year.

What is your way-to-early prediction for Colby Covington vs. Kamaru Usman 2?