Darren Till Responds To Backlash, Police Investigation For Controversial Meme 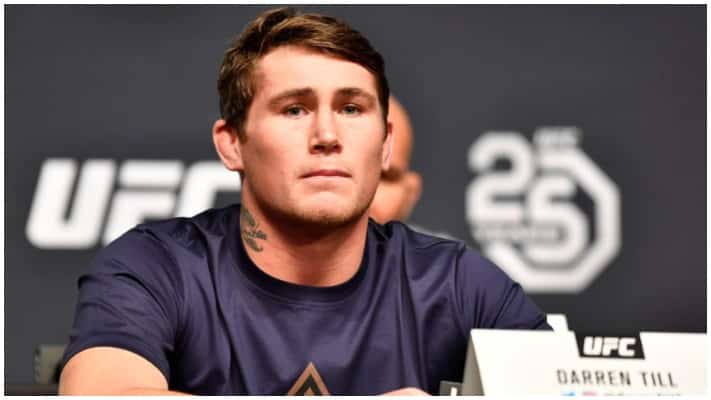 Darren Till is widely regarded as the king of MMA Instagram.

‘The Gorilla’ often cracks up his followers with hilarious comments, memes, and videos.

However, some believe the UFC middleweight contender went too far with one of his recent social media posts.

Till is accused of encouraging transphobia after posting an image mocking a ‘pregnant’ transgender woman having a baby scan. The post from Monday was captioned have a good week everyone #positivity”.

According to the Liverpool Echo, Till was reported to Merseyside Police for posting the offensive meme and “investigations are ongoing.”

The Englishman was unsurprisingly unapologetic and vowed to continue to post “very controversial things”.

“As everyone knows I’m always posting very controversial things right, I’m never going to change ever, ever, ever.

“So the other day I posted this transgender meme, I thought it was funny and I knew it was going to get a backlash.

“I’ve actually got transgender friends, they thought it was hilarious.

“You can’t cancel someone who doesn’t give a sh*t and I don’t give a sh*t. But at the same time as well it’s obviously the offended brigade.”

Till took issue with his local newspaper choosing to run the story when they have failed to support his impressive rise to the top of MMA’s premier promotion.

“I’ve been so so so so lucky in my little life to of had the support from the Manchester echo sorry Liverpool echo from all of the fights I’ve had all over the world,” Till sarcastically wrote on Instagram. “Poland against cowboy cerrone Madison square garden against Kelvin gastelum Liverpool with one of the best walk outs ever against wonder boy Thompson London when masvidal took my jaw back home to America My Ufc world title fight in Texas My billboard bt sport produced that was right outside of my Grandad’s My debut in Brazil with the years top ten knockouts…Thank you so much Manchester echo for ur continued support… I’ve just seen ur article. It was absolutely weak as fuck… if ur gonna libel and slander me make it better than that u utter utter scum of the absolute earth hahahahahahahahaha muppets”

Till continued to go after the Liverpool Echo today, posting the meme they found so offensive directly to them on Twitter with the caption, “Good morning to the @LivEchoNews.”

Do you think Darren Till went too far with his latest controversial meme?