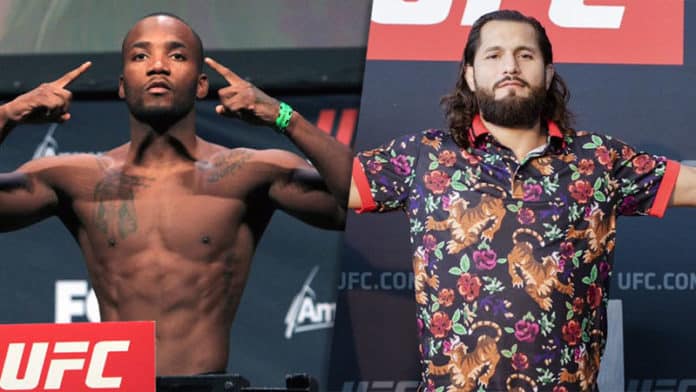 Top UFC Welterweight contenders Jorge Masvidal and Leon Edwards are once again back at it on social media. Masvidal told MMA Junkie this week that he’s targeting a December return against “anyone that gets me to the title again.”

Edwards responded on Twitter saying he’d be ready in “November or December. Stop with the excuses.” Edwards and Masvidal have plenty of verbal sparring history and a backstage altercation after Masvidal’s KO win over Darren Till in March 2019. They have yet to meet in the octagon however.

There is certainly some steam for a matchup between these welterweight contenders. It would make logical booking sense for these two to serve as the Co-Main event in November’s UFC 268 Welterweight championship main event between Kamaru Usman and Colby Covington.

Do you think we’ll see Masvidal vs Edwards happen? Who wins?