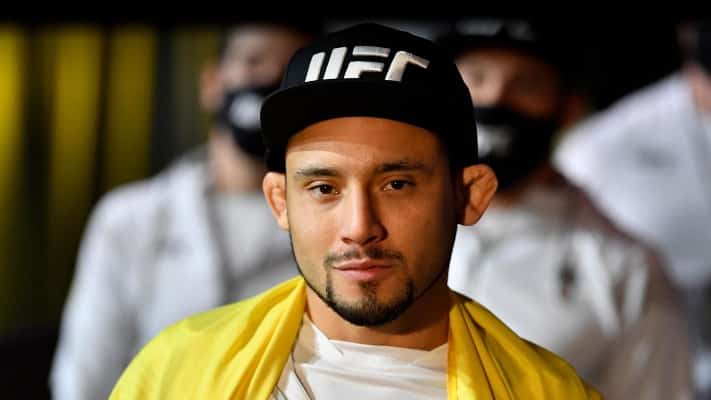 Ronderos realized his MMA dream as a last-minute replacement at UFC Vegas 27, fighting David Dvorak. He would go on to lose by submission but earned the respect from the UFC brass for taking a short-notice bout on a big stage.

Following the devastating loss, Ronderos was notified by USADA that he would be suspended for one month for cocaine use. USADA recently spoke out on the suspension and went into details about why he’ll be sidelined for one month.

“USADA announced today that Juancamilo Ronderos Alvis, of Las Vegas, Nev., has accepted a one-month sanction for a violation of the UFC® Anti-Doping Policy,” USADA declared in a statement. “Cocaine, a non-Specified stimulant, is prohibited in competition and considered a Substance of Abuse under the UFC Anti-Doping Policy and the UFC Prohibited List.

“An athlete who discloses the use of a prohibited substance to USADA upon entering the UFC Anti-Doping Program will not be deemed to have committed a violation if USADA determines that a positive test for that substance resulted from the athlete’s use prior to entering the program.”

Ronderos fights out of the famous Xtreme Couture gym in Las Vegas and has accumulated a 4-1 record in five professional fights. He previously competed with WXC before the short-notice leap to the biggest stage in the sport, the UFC.

Do you think Juancamilo Ronderos could be a factor in the UFC flyweight division after his suspension?