Ranking 10 most expensive Arsenal transfers ever

Ben White is finally an Arsenal player. The Gunners have splashed out £50m for the services of the 23-year-old England international.

That means White is the third most expensive signing in Arsenal history, only behind Nicolas Pepe and Pierre-Emerick Aubameyang. He’s also the only English player at the top of the list, with Calum Chambers and Danny Welbeck as the club’s 14th and 15th costliest deals.

Will White’s price tag (which is brilliant for Brighton) be justified on the pitch? Time will tell. But let’s now look at Arsenal’s ten most expensive signings and how they did. Were they worth it?

1) Alexis Sanchez – £36m
Oh, take me back to the time Alexis wore an Arsenal shirt. The Chilean scored 80 goals and assisted 45 in his 166 games for the Gunners. He needed no time to introduce himself and did it all on the pitch. The Alexis and Mesut Özil connection was mouth-watering and was the last great partnership of the Arsène Wenger era.

In retrospect, £36m for the winger was a bargain and probably only possible as Lionel Messi and Neymar provided more than enough fire power from the wings at Barcelona, who also brought in Luis Suarez the same summer they sold Alexis.

Unfortunately he wanted bigger things and, ironically, in one of the worst swap deals in recent memory, was traded for Manchester United’s Henrikh Mkhitaryan with six months left on his contract. Both probably regretted that.

2) Pierre-Emerick Aubameyang – £55m
Wenger’s final signing as Arsenal manager – and the club’s current captain – joined in January 2018. Since then, the Gabonese has shouldered considerable expectations and shown his worth on the pitch by banging in the goals.

In his first full season in the Premier League he, alongside Liverpool’s Sadio Mane, won the Golden Boot. The year after he was one goal short of Jamie Vardy at the top. And we can’t forget Aubameyang scoring all four goals that helped Arsenal beat Man City and Chelsea to lift the FA Cup in 2020.

The less said about last season the better.

3) Mesut Özil – £40m
Most Arsenal fans remember deadline day in 2013. Wenger’s smirk days before when asked about late signings. The disbelief that Mesut Özil had actually signed for the Gunners from Real Madrid. He was Arsenal’s Galactico.

Although he divided opinion among Arsenal fans, there’s no doubt, looking back, that he graced the English game with beautiful football. Amassing 44 goals and assisting 77 in 254 games for Arsenal, and almost beating Thierry Henry’s assist record with his 19 during the 15/16 season.

Very much a Wenger player, very much not a Mikel Arteta player. Like so many big Arsenal signings it ended in a messy divorce as the German playmaker was pried out of the club.

4) Alexandre Lacazette – £45m
The Frenchman joined from Lyon 2017, which pretty much meant the end for Olivier Giroud at Arsenal, who left six months later in 2018. The Gunners wanted a more versatile striker, someone who could battle the centre-backs but also make runs in behind and finish with his feet and head.

Lacazette rarely has a bad game and has accumulated 0.55 goal contributions per game at Arsenal. That’s decent, but as the club’s fourth most expensive player ever, you’d expect a little more.

No player heats up discussion quite like the Swiss captain. He’s guilty of some disasterclasses on the pitch; he was booed by the fans and threw his Arsenal shirt in anger. Despite being very close to a move to AS Roma, the Gunners are reportedly offering the 28-year-old a new contract.

Xhaka has been the glue between Arsenal’s defence and attack for years, an integral part of their build-up on the pitch and a mature and professional voice in the locker room, which is something the fans do not see. Arsenal play better with him out there. If he does end up moving on, who will replace him?

6) Nicolas Pepe – £68m
Pepe had been tearing Ligue 1 apart, boasting 23 goals and 12 assists in 41 games for Lille during the 18/19 campaign. Arsenal and Unai Emery were considering Pepe and Crystal Palace’s Wilfried Zaha that summer and eventually broke their transfer record for the former.

His mountainous price tag was always going to be tough to meet. Adapting to a new league and team, and then a manager switch, was challenging as Pepe dipped in and out of form.

But the Ivorian’s form at the end of last season was promising, scoring five goals in his last three games in the league. We also shouldn’t forget he was Arsenal’s second-highest goalscorer (16) last season. Will the upcoming season be his stand-out year?

7) Thomas Partey – £45m
The Ghanaian joined the Gunners as Arteta’s first marquee signing on deadline day last summer. The box-to-box midfielder has only been at the club for one season so it’s hard to rate his time at the Emirates so far.

The early injury that forced him out for 13 matches certainly impeded on his adaptation to his new team. During the second spell of the season, however, we saw more of what Partey and his composure and technical abilities bring to this Arsenal team. The talent is there and with consistency (Wenger’s favourite word), Arsenal fans will fall in love with their new number 5. 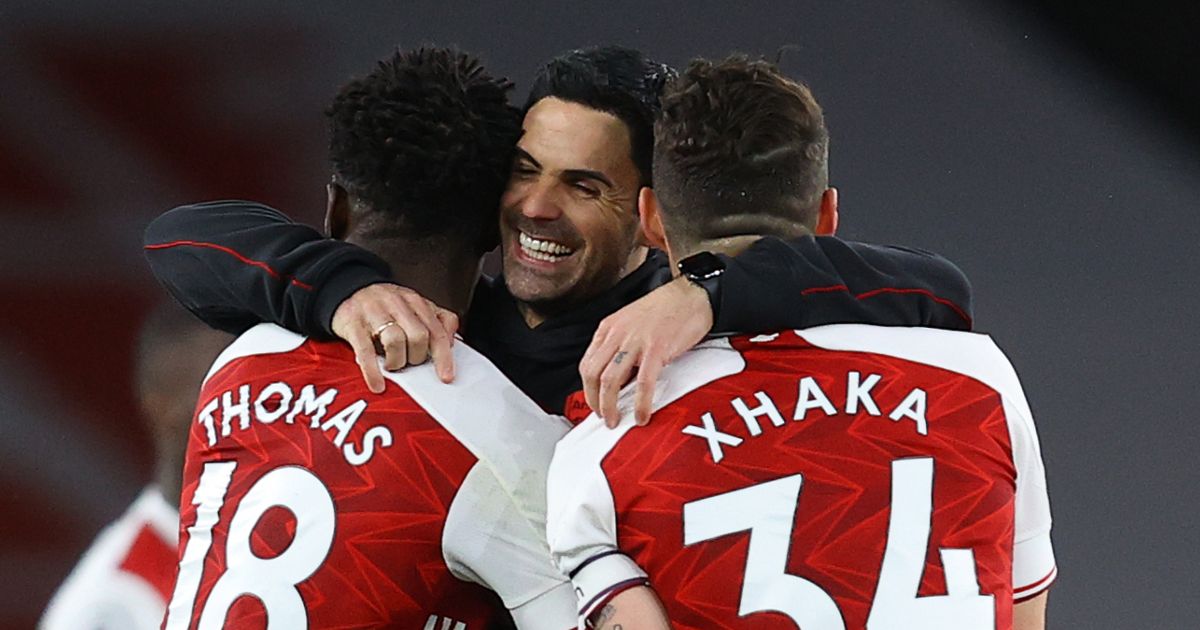 8) Lucas Torreira – £24m
A bit of a surprise this, but Torreira is Arsenal’s eighth most expensive player ever, and also ranks eighth out of the club’s ten priciest signings on this list.

The midfield dynamo was brought in during the Emery reign and received lots of praise for his ‘small stature but will take on anyone’ playing style. A goal against Tottenham helped too. But Torreira fell out of favour in Emery’s second season in charge before the Spaniard was sacked, and then falling even further out of favour under Arteta, before being loaned to Atletico Madrid the same summer Partey went the other way.

Torreira recently opened up about his mental struggles when he doesn’t play regularly, and a move away from London seems likely before the transfer window shuts in September.

9) William Saliba – £26m
What is going on here? Saliba, then 18 years old, was hyped as the next great French centre-back, signed for £26m, got a pre-season worth of training and a few reserve games before being loaned back to France for the second, and now third, year running.

As an Arsenal player there’s really nothing to say about Saliba yet. It’s a strange case but if his potential is as lofty as they say, it could still be a fantastic signing. His contract at Arsenal extends all the way to 2024, so there’s no rush on the club’s side. How happy he is, however, is another matter.

10) Shkodran Mustafi – £35m
The German centre-back joined Arsenal in what felt like a poor, desperate and overpriced move for a defender in the final days of the 2016 summer transfer window.

His time at Arsenal will be remembered for the errors he made more than anything else. Bad things could literally happen at any time. He had sparks of good form, for sure, but they didn’t last very long. Mustafi’s contract at Arsenal was terminated and he left for Schalke in January. Nobody has missed him.

Too often Arsenal’s most expensive signings haven’t met expectations set by their transfer fee. Maybe White will tip the scale the other way.